The Mixed Fate of Nuclear Power 30 Years After Chernobyl

The worst nuclear accident in history struck the Soviet city of Chernobyl 30 years ago, shocking the world. The plant’s meltdown and explosion, and the subsequent radiation released, would contribute to thousands of deaths in the following decades, according to the World Health Organization.

But, despite the scale of the disaster—and the resulting public unease with atomic power—nuclear power plants remain a key provider of carbon-free energy around the world. As governments try to reduce greenhouse gas emissions, policy makers may struggle to shut down nuclear plants while also honoring commitments to avoid fossil fuels that pollute the environment.

The key challenge for environmental activists who want to eliminate nuclear energy is finding a reliable, carbon-free replacement. Nuclear provides what’s known as “baseload energy”—utilities can turn on nuclear plants any time of the day or night to provide a consistent source of electricity. Renewable energy sources like wind and solar still depend on the whims of weather. And while new technology is making it possible for some forms of renewable energy to be stored for later use, adoption is still in the earliest stages.

“You just can’t rule out a carbon-free source of energy,” says Carol Browner, who ran the Environmental Protection Agency (EPA) under President Bill Clinton who now serves on the leadership council of Nuclear Matters, a pro-nuclear advocacy group. “If you look at how we make our electricity today…reliability is hugely important.”

That reliability has contributed to the growth of nuclear, even in the years following Chernobyl. Nuclear power plants provide more than 11% of the world’s electricity and are located in more than 30 countries, according to the World Nuclear Association. And while nuclear has been scaled back in some areas—such as Germany, which pledged to phase out nuclear in the wake of the Fukushima meltdown—other regions plan to rapidly expand their nuclear fleet in the years to come.

China represents perhaps the greatest area for potential growth as it attempts to turn away from polluting coal-fired power plants while continuing economic growth in the coming decades. The country has 32 nuclear plants today with 22 more under construction as of this month. Its total nuclear capacity is expected to triple by 2021 from today and then increase nearly 8-fold by 2030, according to a World Nuclear Association report.

Read More: See How Much Nicer Climate Change Has Made Your Weather—And Why That’s a Problem

The situation is more mixed in the U.S. Some states like California have made concerted efforts to close nuclear power despite a slew of federal incentives meant to encourage it. (A California utility company has yet to decide whether to try to renew the permit for the state’s one remaining nuclear plant). Leaders in other states like New York have worked to maintain the nuclear fleet, even as environmentalists have pushed hard for closures.

And as states evaluate how to wean their power supply off of fossil fuels to comply with the Clean Power Plan (CPP), which dictates state carbon emissions reductions standards, some energy experts believe it will be even harder to phase out existing nuclear. Thirty U.S. states have nuclear power plants and taking them offline would require a massive ramp up in wind and solar to meet CPP targets.

But building new nuclear power plants comes at a steep cost that requires intensive capital investment, particularly in developed countries. That reality—along with the costs of maintaining and eventually closing a facility—has left many utility companies avoiding nuclear power, and it helps explain why in recent years, nuclear power globally seems to have plateaued. Even advocates of nuclear power are focusing much of their efforts on keeping aging existing plants going rather than building new ones. The competition between energy sources is getting tighter. “We are seeing really a radical shift in the competitive markets which leave nuclear power pretty much out in the rain,” nuclear energy analyst Mycle Schneider told NPR this month.

Whatever the costs, any measure to maintain a strong nuclear power will meet strong opposition from environmentalists who fear another Chernobyl. But advocates of nuclear power say that stringent safety measures have worked—and hope that the need to address climate change will override nuclear fears. “More and more people are realizing the role that the existing nuclear fleet plays,” says Browner. “The conversation is changing without a doubt.” 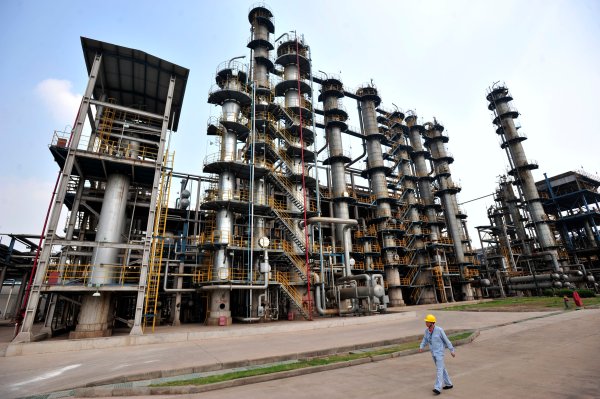 China's Growing Oil Reserves at Highest Rate in Years
Next Up: Editor's Pick