Romanian and US national flags in between two F22 Raptor jets of the US Air Force that landed at the Mijhail Kogalniceanu military airbase, near the Black Sea, Romania, April 25 2016.
Robert Ghement—EPA
By Tessa Berenson

The United States sent two F-22 warplanes to Romania for the first time.

CNN reports that the F-22 Raptors, two of the world’s most advanced warplanes that can travel at twice the speed of sound, were sent to Romania as part of a NATO training exercise to demonstrate how quickly U.S. support can move to a forward operating base. The planes landed at Mihail Kogalniceanu Airport on Monday, and flew back to Britain a few hours later.

But CNN also says the move was part of a show of strength for the U.S. and NATO allies in the Black Sea region where Russia is building up its military presence.

U.S. Ambassador to Romania Hans Klemm told reporters Monday that the United States is committed to security in the region after “the aggression by Russia that has brought so much instability to this part of the world over the past two to three years.”

Russia annexed Crimea from Ukraine in 2014, throwing the area into unrest. 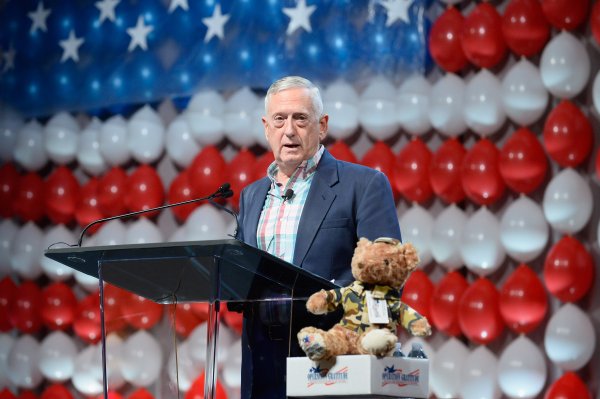 Why Americans Want a Military General in the White House
Next Up: Editor's Pick