A paramilitary police officer stands guard in front of the Great Hall of the People in Beijing on March 4, 2016
Bloomberg via Getty Images
By Charlie Campbell / Beijing

The trivial sounding accusation was “picking quarrels and provoking trouble.” But this wasn’t about some errant pupil summoned to see the school principal. These were very serious charges, leveled against Chinese journalist Wang Jing, and for which she was sentenced to five years in prison. Her actual crime? Documenting police harassment, arbitrary detention and the beating of protesters. She is currently being held in Jilin City, northeast China, according to a report by 64Tianwang, the NGO publication she chiefly volunteered for, which advocates for the disappeared in China.

“The charge of ‘provoking trouble’ is so absurdly broad it might be laughable if its consequences were not so serious,” said the Committee to Protect Journalists’ Asia program coordinator Bob Dietz in a statement. “The resort to such charges shows how desperate the government is to control information.”

Wang’s conviction on April 20 is the latest in a broad crackdown on advocates and activists across China. In September 2014, Liren, an NGO that ran two dozen rural libraries across China, closed down because of local government pressure. In March last year, five feminists were detained for over a month after they planned a demonstration against sexual harassment on public transport. In January, Chinese police arrested four labor activists on the charge of “disturbing social order.” That same month, a Swedish legal activist was deported after three weeks in detention after making a staged confession on TV. And on Tuesday, Reuters revealed that a respected human-rights lawyer, feted by the U.S. State Department with a bravery award, had been under house arrest for 12 days.

Compounding matters, China is poised to enact a new law effectively codifying regressive policies against foreign NGOs and advocacy workers. Currently in its third legislative reading, with a rubber-stamp vote expected soon, the legislation would expand the already expansive discretionary powers of the ­police and make it significantly harder for foreign NGOs to operate.

“The details released about China’s draft law on NGOs highlight the Chinese government’s intention to cripple independent civil society by giving security forces greater authority to monitor NGOs’ work,” says Mark Lagon, president of the Freedom House advocacy group. “New regulations would allow security agencies to monitor, interrogate, and interfere in the daily activities of most NGOs operating in China, including those that scrutinize government conduct and advocate for civil and human rights.”

Until now, there has been no specific legislation governing foreign NGOs in China; they have all operated in a legal gray area. Typically, they register as commercial companies in order to be able to have employees, but their advocacy work is off the books and has been tolerated by the authorities. However, “since their number has grown quickly and their activities have intensified, it is necessary to have a law to regulate and guide them,” said Xu Xianming, deputy head of the National People’s Congress Law Committee, according to state news agency Xinhua.

The hope was that the new law would give NGOs official protection. However, the opposite appears to be true. Crucially, the legislation doesn’t put foreign NGOs under the auspices of the civil-affairs bureau, like local groups, but instead places them under the public-security authority. According to Professor Chan Kin-man, an expert on NGO work at the Chinese University of Hong Kong, “It’s a very important message. The public-security authority will not help to develop these sectors — it’s supposed to control them.”

As such, the new legislation also requires foreign NGOs to have local sponsorship to operate. Chan says the sensitive nature of advocacy work will make this a major hurdle. Few Chinese organizations will want to put themselves at risk by partnering with overseas environmental or labor groups that chafe with official policy, especially considering an increasingly autocratic climate.

“Under Xi Jinping, many officials will be very careful not to commit some political error, such as be involved in corruption cases, or even serve as sponsor to these NGOs,” Chan tells TIME. “So I believe some NGOs will be forced to leave China.”

This also has a knock-on effect for local NGOs. While organizations undertaking work the government supports — such as poverty reduction, relief work, medical research — can receive support and funding from official channels, others working on what are considered taboo topics are starved of funding. HIV/AIDS advocacy, for example, frequently involves working with drug addicts, sex workers or impoverished Chinese infected when they made illicit, for-profit blood donations. It therefore exposes criminality and gaps in social provision, making government officials extremely wary — and that means foreign donor organizations must fill the funding gap. “These groups will be immediately in trouble,” adds Chan. “It will effect development in China.”

More generally, there will also be a chilling of social discourse. By ensuring that all foreign NGOs operating in China are supportive of official policy, says Chan, “civil society in China will only have groups which provide services that the government likes, and then we won’t have independent social forces to provide balance or to advocate for social change.” 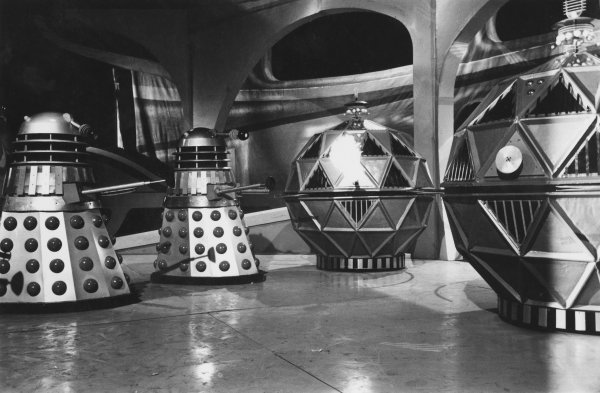 China Just Unveiled the Robocop You Have Been Waiting For
Next Up: Editor's Pick