Thousands of Australians have taken to the streets during a protest, demanding that refugees not be send back to Nauru or Manus Island, on March 20, 2016, in Melbourne
Anadolu Agency/Getty Images
By Mark Rivett-Carnac

About 850 men, half of whom have been granted refugee status, are currently held in the detention center on the tiny Pacific island, according to Australian news service ABC News. Officials have recently tried to move some to a transit center. Others are told they must return to their countries of origin.

Papua New Guinea’s high court found that the detention camp violated the country’s constitutional guarantee to personal liberty, because it limits detainees’ freedom of movement. While refugees can leave during the day, the asylum seekers whose applications were declined cannot.

Manus Island is Papua New Guinea’s fifth largest island and the site of a detention center built by Canberra in 2001 to house what it terms “unauthorized maritime arrivals” in Australia. 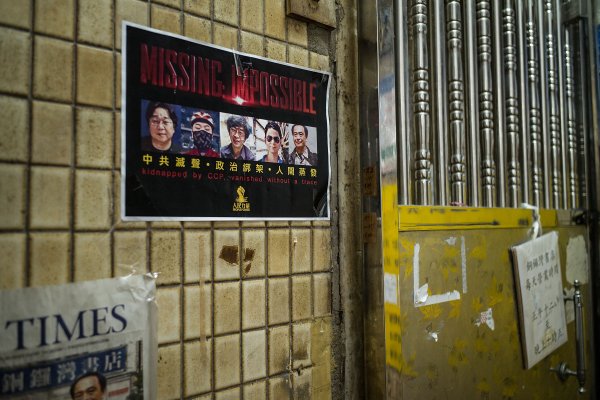