The U.S. Failed Its American Spy in Iran

Farrar, Straus & Giroux
Ideas
By Barry Meier
Meier is a Pulitzer Prize-winning former reporter for The New York Times and the author of Pain Killer: An Empire of Deceit and the Origin of America’s Opioid Epidemic, published by Random House.

Bob Levinson is a former FBI agent turned private investigator who disappeared in Iran in 2007 while on a mission for the CIA. He was shown in a hostage video in 2010 and has not been seen since.

On most Wednesdays at 11 a.m., officials from the FBI, the CIA, and the State Department gathered at bureau headquarters to talk about Bob Levinson’s case. By early 2015, such meetings had been going on for years, and there wasn’t much left to discuss.

In the spring of 2015, Bob and the three Americans held in Evin Prison—Saeed Abedini, Amir Hekmati, and Jason Rezaian—became front-page news as part of the political debate that erupted after the U.S. and Iran announced a preliminary nuclear deal. Republican lawmakers mounted a furious campaign to derail the plan, inviting the prime minister of Israel, Benjamin Netanyahu, to speak about it before Congress, where he denounced the proposal as a disaster. Soon afterward, 47 Republican senators wrote a joint letter to Ayatollah Khamenei warning him that a nuclear agreement signed by President Obama could be annulled by his successor. Opponents also argued that the Obama administration had forsaken Bob and the three imprisoned men to score a foreign policy victory. Some in the American public were outraged that the U.S. government had negotiated with a country holding their fellow citizens hostage.

Bob’s wife, Chris, and their children believed that the deal between the U.S. and Iran was Bob’s best and possibly last hope for freedom. “We believe that right now is the time that my father’s case can be prioritized, resolved and he can be brought home,” Dave Levinson, one of his sons, told People in 2015. Sarah, one of Bob’s daughters, woke up one morning with a premonition that her father’s story was about to have a happy ending.

The political fight over the nuclear plan continued, with opponents arguing that Iran shouldn’t be trusted and would resume its pursuit of an atomic bomb. By the late summer of 2015, it became apparent that Obama had secured enough support in Congress to get the agreement passed. Its adoption marked a new chapter in the twilight war, and a possible end to decades of distorted relations between the U.S. and Iran.

A wave of news reports appeared about possible prisoner swaps between the two countries, many mentioning Rezaian, the Washington Post reporter. One Iranian official claimed the U.S. was illegally detaining 19 of Iran’s citizens in American prisons on embargo violations charges. Leaders in both Washington and Tehran disputed suggestions that an exchange was in the works, but it seemed inevitable that such a deal would take place.

White House officials assured Chris that American diplomats had continued to press Iran about her husband. Bob was mentioned in many newspaper accounts about Americans detained or unaccounted for in Iran. His place among that group, however, had begun to fade. It was understandable. The three Americans held in Evin Prison were tangible and alive. Bob existed apart from them, in the realm of memory. The last image of him alive was five years old. His family had taken to calling him the “longest-held hostage” in American history, but his fate had long been unclear.

Over time, hundreds of senators and representatives had signed on to congressional declarations demanding answers from Iran about Bob. Their anger was understandable; the idea that political and religious power brokers within Iran, one of the most repressive countries in the world, didn’t know about the fate of a captured American spy was absurd. But American leaders and lawmakers had also utterly failed to give Chris and her children what they deserved most—the truth about Bob.

Officially confirming Bob’s CIA connection would hardly have surprised anyone. His agency ties had received extensive media publicity. But many U.S. officials still had an autoimmune response when it came to revealing Bob’s CIA connection. Some FBI supervisors clung to the notion that officially confirming it would remove any last doubts in the minds of his captors, further jeopardizing his safety. By 2015, bureau officials had manufactured so many different stories about Bob they couldn’t keep them straight.

The Senate intelligence panel allowed the CIA to cast Bob’s case as the fault of a few renegade analysts. Former spy agency officials say that explanation doesn’t ring true to them. They believe that many CIA staffers and managers, even if they weren’t aware of Bob’s role with the agency prior to his disappearance, learned of it in the days and weeks after he vanished. Then each day, while Chris waited for news about her missing husband, those CIA officials went home to their spouses and children.

On Jan. 16, 2016, the day the nuclear deal between the U.S. and Iran went into effect, the two countries exchanged prisoners. Those released by Tehran included Jason Rezaian, the Washington Post reporter; Saeed Abedini, the pastor; and Amir Hekmati, the ex-marine. There was no mention of Bob Levinson.

Chris and her children learned about the exchange in the same way other Americans did: by hearing the news on television. They were devastated and appalled that the Obama administration had not alerted them beforehand.

“I thought that after nine years they would have enough respect for our family to at least tell us in advance that this is happening,” Chris said in one interview. “I am very disappointed. I feel extremely betrayed.”

The White House, the State Department, and the FBI put out statements saying they would continue searching for Bob, adding that Iran had agreed to assist in that effort, the same promise Tehran had made many times before.

When a reporter asked Secretary of State John Kerry if he knew whether the missing man was alive or dead, Kerry’s reply was brief. “We have no idea,” he said.

Excerpted from MISSING MAN: The American Spy Who Vanished in Iran by Barry Meier. Published by Farrar, Straus and Giroux, LLC. Copyright © 2016 by Barry Meier. All rights reserved. 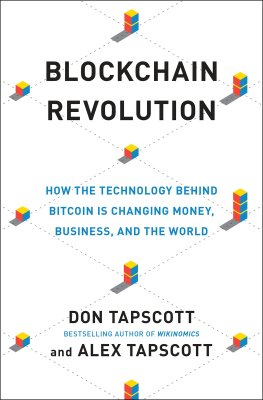 How the Tech Behind Bitcoin Will Change Your Life
Next Up: Editor's Pick