A middle school choir cut off mid-performance at the September 11 memorial in New York City has been invited to return and perform again, after footage of the incident went viral.

The post’s originator Connie Scanlon told TIME that the outcry over the video she posted on her Facebook page, which prompted responses from the 9/11 memorial as well as New York Police officers, had compelled authorities to invite the Waynesville, North Carolina choir back. “The 9/11 memorial reached out and invited them back to sing at any time,” she said.

It was Scanlon’s daughter Kelly McMahan, 34, who shot the footage. She had been acting as a chaperone for her 13-year-old daughter Hailey — Connie’s granddaughter — on the field trip to New York City. The chorus of 7th and 8th graders from Waynesville, North Carolina traveled to New York and Washington, D.C. to perform at various locations.

The chorus teacher, Martha Brown, told CBS New York she asked a security guard if the students could sing at the memorial. Brown said one guard told them it would be okay for them to sing, but two other security guards stopped the group midway through their performance of the Star Spangled Banner and told them to stop.

Typically, groups are required to secure a $35 permit before performing at the memorial; the Waynesville group did not have one but they believed the verbal permission was enough. A spokesperson for the memorial says the guards did not act appropriately.

“We are working with our security staff to ensure that this will not happen again,” a spokesperson says. “We reached out to the school to express our regret for how this was handled and asked the principal to share how we felt with the students. We welcome the choir to return to the Memorial for another visit in the future.”

Connie tells TIME she’d asked her daughter simply to record the performance, but when she saw the video she decided to share it on Facebook. “I do not post very much,” she said. “But, it upset me so much that I posted it, thinking that my 50 friends would be as far as it would go.”

That was not the case, but the story has ended happily for the young singers. In Washington D.C. they were able to sing at the World War II memorial, for a busload of veterans. 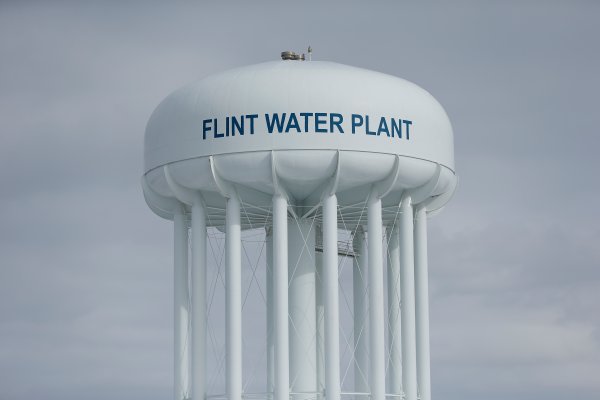 The Doctored Document Behind the Flint Criminal Charges
Next Up: Editor's Pick