The Twin Peaks Cast List Is Here—and It's Insane

The Twin Peaks cast list is finally here and it’s as expansive and mysterious as the show itself.

Rumors have been percolating for months (no fish in the percolator, though) that many familiar faces would be returning to the town of Twin Peaks to reprise their roles in the nine-episode limited-run series, which Mark Frost wrote and David Lynch directed. The cast list, released by Showtime, proves those rumors to be true with Kyle MacLachlan stepping back into his role as Special Agent Dale Cooper, as well as repeat performances by Sherilyn Fenn, Madchen Amick, Sheryl Lee, Dana Ashbrook, Grace Zabriskie, Miguel Ferrer, Russ Tamblyn and the late Catherine E. Coulson, who played the town’s Log Lady.

But while the town of Twin Peaks normally has 51,201 residents, the population must have swelled in the 25 years since the show ended as the cast list has over 217 names on it. New faces include Michael Cera, Jim Belushi, Naomi Watts, Amanda Seyfried, singers Sky Ferreira and Sharon Van Etten, original Ghostbuster Ernie Hudson, Nine Inch Nails frontman Trent Reznor, Tim Roth, Pearl Jam’s Eddie Vedder, Gossip Girl‘s Jessica Szohr, Richard Chamberlain, Ashley Judd, David Duchovny and longtime Lynch collaborator Jennifer Jason Leigh. Even Lynch himself will make an appearance. So pour yourself a damn fine cup of coffee while you peruse the rest of the massive list and wait for more teasers. The show is expected to debut sometime in 2017. 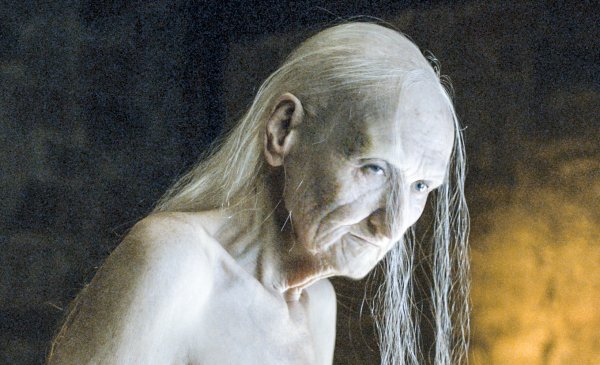 Unraveling the Mystery of Melisandre's True Age on Game of Thrones
Next Up: Editor's Pick