At 1:23AM on April 26, 1986, the Unit 4 operators of the Chernobyl Power Plant, in what was then the Soviet Union, conducted a safety test that sent a nuclear explosion through the roof of the power plant and started a fire that burned for almost 10 days. In the years that followed, the U.S. Nuclear Regulatory Commission sent American delegates to investigate the Chernobyl accident, assess the accident implications for other nuclear power plants, and conduct a long-term study on the severe radiation effects.

One of those delegates was physicist Dr. Richard Denning, who is a researcher in nuclear analysis and an expert in reactor safety assessment. Denning visited the plant site in 1992 and 1995, as part of a team of about ten delegates. His time in Chernobyl would end up becoming the work of which he’s proudest of, but he recalls that 30 years ago the visiting scientists were provided with little information from the Soviets and had no idea what to expect as they stepped into the highly radioactive site.

“It was surreal, recognizing the severity of the accident,” Denning says. “And the magnitude of the release was just… extraordinary.”

What he saw, however, was jarring in an unexpected way: though the damage was enormous, Chernobyl was not without its beauty.

“I thought, ‘Wow, I’m going into this area where there is a lot of contamination’—and then to have seen these pastures with beautiful flowers in the field. It was just so counter to the rather negative feelings I was having about the contamination that was associated with the accident,” said Denning.

While the radiation levels were not enough to completely destroy vegetation, the nuclear explosion resulted in 31 direct deaths of firefighter first responders and 6,000 estimated cases of children with thyroid cancer. The Soviet government did not inform local residents of the dangerous radiation exposure or evacuate the surrounding city of Pripyat until it was too late. By drinking the water and staying in Pripyat, children were exposed to iodine and died of thyroid cancer.

“The real tragedy was that they didn’t have to [die],” Denning says. “The Soviet Union was totally closed. They did not warn [citizens] about the hazards that were associated with it. They didn’t explain what was going on. Those children didn’t have to die.”

Thirty years later, 187 residents are moving back into Pripyat and workers are enclosing a melt seal around Chernobyl Unit 4 that will contain any remaining radioactive reactors for the next 100 years. Likewise, Denning says he is concerned that the land is still contaminated—and that the story of Chernobyl is perhaps not yet finished. 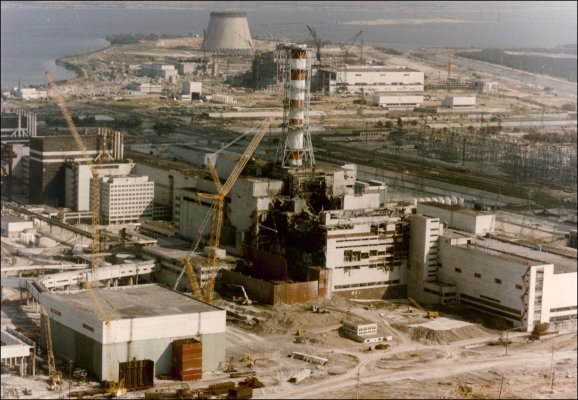 Chernobyl at 30: How Attempts to Contain the Radiation Failed
Next Up: Editor's Pick