Unraveling the Mystery of Melisandre's True Age on Game of Thrones

Sunday’s season six premiere of Game of Thrones had nothing to do with the resurrection of Jon Snow, but fans had another twist to buzz about: Melisandre’s age. After removing the apparently magical necklace she has worn in almost every scene since we first saw her in season two, the Red Woman appeared in her true form — a much older version of 39-year-old actress Carice Van Houten.

In past interviews, Van Houten has suggested that her character is well over 100 years old and could be as much as 400 years old, according to Entertainment Weekly. However this is the first time viewers have seen the physical incarnation of her age.

G.o.T. director Jeremy Podeswa spoke about the reveal in a recent interview with EW. “The idea is there’s an indefinite indeterminate quality that she could be ancient,” he said. “We were limited by choosing to use a real person rather than a complete CG creation. Because what does a 400-year-old person look like? We don’t know. So if you try to create that, then you’re creating something that looks beyond our known reality. Here you feel like she’s very old without putting a number on it.”

Read More: Review: Game of Thrones Gets Off to a Subdued Start

However, there is one other instance in which Melisandre appears sans necklace. Back in the seventh episode of season four, viewers saw the character taking a bath while having a conversation with Stannis’s wife Selyse. While some are now considering this sequence to be a gaffe on the showrunners’ part, others are theorizing that it was a hint at what was to come.

One such fan, Reddit user brashendeavors, even made this prediction over a year ago. “The only person to see her like this is Stannis wife Selyse,” the Redditor wrote. “Selyse has this strange expression the entire time. Like she cannot look directly at Melisandre yet also cannot look away. At first you think it is that of a religious ‘uptight’ person seeing a naked and very sexual woman. But if you rewatch the scene, and ‘pretend’ to yourself that Selyse is seeing Melisandre as she actually appears, it actually fits better. WE still see the seductress, Selyse sees the hag. She is horrified yet fascinated and not at all shocked. She knew all along (just like she knows the true fate of her daughter), Melisandre explains she does not need to use her ‘tricks’ on the true convert (Stannis is NOT a true convert but his wife is).” 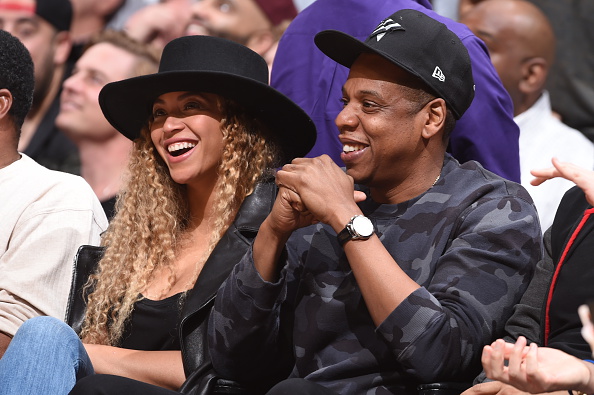 5 Questions We Still Have After Watching Beyoncé’s Lemonade
Next Up: Editor's Pick