One Woman's Holocaust Secrets Make for a Powerful Film

Aida and her boys—Izak, left, and Shep
Alon Schwarz
By Jeffrey Kluger

One of the worst parts of the horror that was the Holocaust is that its echoes never cease to reverberate. You can blow up the gas chambers, you can burn down the camps, but that’s all—and that’s not enough. You can’t ever restore the 11 million lives that were lost. Just as painful for many survivors is the loss of the familial history that was annihilated along with the victims.

The great scattering of displaced people that followed the war years meant that parents lost track of children; wives lost track of husbands; siblings, aunts, uncles and grandparents not only didn’t know which of their family members had died, but also which later ones had even been born. Survivors became free electrons, too often bonded to nothing, related to no one.

That’s why part of the work of Yad Vashem, the global Holocaust remembrance organization, is to help survivors and descendants reconstruct their genealogy. It’s the reason too that the new documentary Aida’s Secrets, which follows the story of one family that was blown apart by the Holocaust, is so powerful.

Directed by Alon Schwarz and co-directed by his brother Shaul (who is also the director of TIME’s Year in Space series), the film is in some ways a very small tale about some very ordinary people. There is Izak Szewelewicz, a 68-year-old gardener, now living in Israel; his brother Shep, 67, who was visually impaired from birth and blind most of his life (nearly all of which he has lived in Winnipeg, Canada); their mother Aida, 90, who lives in a Quebec nursing home; and their father, Grisza, who died in 2008. The father was Jewish, the mother was not, both were born in Poland and both found themselves in the Bergen-Belsen displaced person’s camp after the war, where Izak and Shep were born. Aida gave the boys up when they were still babies.

The film’s inciting moment—a deeply moving one—occurs early on, when the brothers meet again, in the seventh decade of their lives. Each had known only vaguely of the other’s existence before the filmmakers brought them together. But the sweet and simple reunion is actually neither of those things—not entirely anyway. Shep and Izak may only be half brothers; Aida and Grisza might never have been married; Grisza, we learn, was something of a scoundrel, a serial womanizer who fattened his purse in the black market that took hold in the displacement camp. And Aida, who never fully explains why she surrendered her two sons, may have had a third one.

Much of the thrill of the film involves the basic gumshoe work of genealogical research, which is helped by Yad Vashem and the genealogy group MyHeritage. Blotched and yellowed photographs are examined, onion-skin documents peeled apart and studied, and trails of both human migration and human motive are followed until they lead either to a solution or a cul de sac. At the center is Aida, who knows enough not to say too much.

She answers the questions she chooses to answer and ducks the others with a simple, “I don’t remember, I don’t remember.” Maybe she’s telling the truth; she’s 90 after all. But forgetting an emigration date is one thing, forgetting whether she had two sons or three is something else. Either way, the look on her very expressive face says a lot: Aida is a woman with too many poker tells to be a good liar.

The most painful irony of the war is that the people trapped in the slaughter pen that was Europe too often emerged feeling shame for doing what they needed to do to survive. The perpetrators—the men in the dock at Nuremberg, the others who found refuge from justice overseas—remained defiant at worst and disingenuous at best, professing ignorance of the high crimes they helped perpetrate or helplessness to have done anything about them anyway. Meanwhile the victims who suffered at their hands spent a lifetime worrying that they hadn’t done so nobly enough. It is a burden Aida clearly carries.

MORE: Meet the Historians Who Track Down War Criminals for the U.S. Government

Aida’s Secrets ends gratifyingly enough. Shep and Izak, strangers for nearly all of their lives, appear set to spend the rest of them as deeply bonded brothers. The paper trail indeed locates a third brother, living in Canada. But it’s a big country and 36 million people call it home—and just which of them traces his line to a small woman with a complicated past is not clear. The movie will have its World premiere at the Hot Docs Film Festival in Toronto on May 3 and both Shep and Izak will be there. They are hoping that, the currents of family and history moving as they sometimes do, their brother will hear of the screening and present himself there as well.

“Meeting him would bring everything together,” says Shep. “I love him and it would be really beautiful to hold the hand of another blood relative that I didn’t have the opportunity to grow up with.”

The Holocaust, 70 years gone, is still not the stuff of history—not fully anyway. Some of that will change as the last of the survivors die, even if the ragged holes that the killing left in the tapestries of families can never be mended. But our species has not remotely lost the capacity to commit that kind of atrocity again. Following just one thread in the human weave that was snapped the last time is a reminder of the cost of descending into the same madness again. 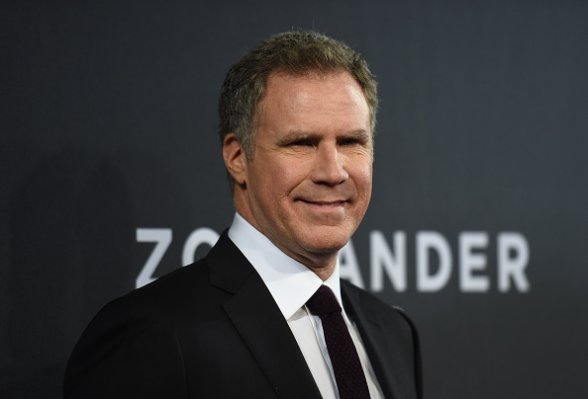