Beyonce performs onstage during the Pepsi Super Bowl 50 Halftime Show at Levi's Stadium in Santa Clara, Calif., on Feb. 7, 2016.
Matt Cowan—Getty Images
Ideas
By Omise'eke Natasha Tinsley
Omise'eke Natasha Tinsley is associate professor of African and African Diaspora Studies at the University of Texas at Austin and a Public Voices Fellow for the OpEd Project.

Beyoncé’s Lemonade is grown-ass black woman magic. And the lemons that Queen Bey is working with, powerful hoodoo ingredients for overpowering bad energy, are clearly the Louisiana kind. Lush, troubling visuals show that Beyoncé is the goddess, the goddess is furious, the goddess is victorious, and most important: The goddess is every black woman. Slay.

With horror film-style camera work and a gothic Louisiana setting, Lemonade styles Beyoncé as a parade of black Atlantic deities.

Floating on a gush of water and an equally flowing yellow dress, smashing hydrants with glowing laughter and a buoyant reggae beat, Beyoncé is Oshun, the Nigerian, Cuban and Brazilian orisha of sweet water, sexuality and creativity, whose generosity makes life worth living and whose wrath begins with rolling laughter that foreshadows disaster.

Surrounded by flames, rocking untamed hair and cinched into a scarlet dress as her coven cast spells, she’s Erzulie Red-Eyes, the Haitian lwa Edwidge Danticat calls the “hot-blooded Erzulie who feared no men but rather made them her slaves, raped them, and killed them … the only woman with that power.”

Crowned in braids, a bejeweled headdress and a triangular silver bra, she’s Nefertiti, the powerful Egyptian queen-deity whose name means “The Beautiful One Has Come.”

All this while she sings lyrics about infidelity, hurt and transcendence: “When you love me, you love yourself/Love God herself.”

Read more: Beyoncé’s Lemonade on HBO: A Familiar Message, But a Crystal-Clear Future

Beyoncé’s expression of the goddess-like wrath of a black woman betrayed is not about her—Lemonade is art, not autobiography, and continues the protest tradition of women blues artists. In black women’s music, trifling men have long been metonyms for a patriarchy that never affords black women the love and life they deserve.

As Angela Davis argues in Blues Legacies and Black Feminism, blues artists like Bessie Smith and Ma Rainey performed songs about lovers’ broken promises as metaphors for the unfulfilled promises of freedom. It’s possible that when Beyoncé sings, “You can taste the dishonesty/ It’s on your breath as you pass it off so cavalier” she is offering a metaphor for the cavalier, disavowed unfreedom that black women continue to face in President Barack Obama’s America—the lies told to women like Sybrina Fulton, Lezley McSpadden and Gwen Carr, who pose in Lemonade with pictures of their slain sons Trayvon Martin, Michael Brown and Eric Garner.

Beyoncé’s vision of black women’s divine retribution also is not a confession of her occult practices. Her imagination of black women tapping into supernatural powers to right wrongs also continues Africana feminist legacies of protest against social injustice. In Flash of the Spirit, Robert Farris Thompson reflects how West African women’s devotion to Oshun and other magical practices emerge as acts of resistance to male privilege. In patrilineal Yoruba societies, where men claimed most positions of political power, women claimed the power of witchcraft to “use that power against the institutions of society” and “militate against … total male dominance.”

Similarly, Warsan Shire’s prose poetry in Lemonade expresses an understanding of black women’s magic that’s less the spectacle of the voodoo queen than the everyday art of surviving and blossoming in a misogynoir world where not only white folk, but black men will our marginalization. “Grandmother, the alchemist,” Beyoncé incants in her voiceover. “You spun gold out of this hard life. Conjured beauty from the things left behind. Found healing where it did not live. Discovered the antidote in your own kitchen. Broke the curse with your own two hands. You passed these instructions down to your daughter, who then passed it down to her daughter.”

When black women come to believe in our own love and beauty as fiercely as we believe in any other god, we become everyday alchemists and good witches, the Oshuns of fire hydrants and Nefertitis of box braids. And that, yes, is a black feminist political act. 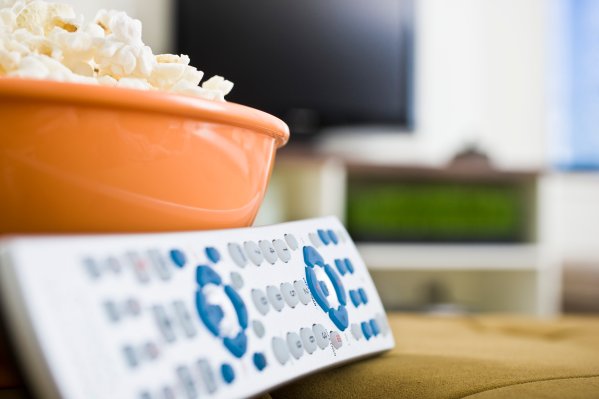 3 Shows Married Couples Should Watch Together
Next Up: Editor's Pick