Marcia Clark became a household name while prosecuting one of the most famous defendants of all time: O.J. Simpson. But she also faced a barrage of criticism, much of it sexist in nature. One of Simpson’s defense lawyers called Clark “hysterical” while addressing Judge Lance Ito, Clark’s hair and clothing were the subject of near-constant press scrutiny and a topless photo of the attorney was also leaked to The National Enquirer during the trial. But more than two decades later, even as American Crime Story: The People v. O.J. Simpson reimagines the case and Clark’s role in it, she refuses to let other people’s opinions define her.

Clark serves as a public speaker on a range of women’s issues, and the attorney is enjoying a second act as a novelist. Her latest thriller, Blood Defense, is about Samantha Brinkman, a female defense attorney who lands a double-murder case with a famous victim. The novel is already on Amazon’s Kindle bestseller list, and it’s not even out yet.

In advance of the book’s May 1 release, Motto spoke to Clark.

What do you hope people will get from reading Blood Defense?
I write to inform to some extent. I was a defense attorney—most people don’t know that I started in criminal defense in private practice without any thought of being a prosecutor. So I wanted to, in this book, embrace that part of my experience as a lawyer and really use Samantha as a way of showing the fullness of all of my experiences in the law. … But it’s really meant to be entertaining more than anything.

What has it been like to see your experience reimagined on The People v. OJ Simpson?
It’s been very tough to relive that nightmare and because the performances were so stellar and it was done so well, I couldn’t help but relive the nightmare. And I thought Sarah Paulson was absolutely brilliant. Her performance was amazing, stellar. So of course that makes it harder because it’s so real.

You dealt with blatant sexism throughout the O.J. Simpson trial—what helped you stay strong in the face of that kind of commentary?
I don’t feel like I had a choice. It’s funny—it’s one of the questions I do get asked by women so frequently: ‘How did you cope? How did you deal with that?’ And I think that I just didn’t know that there was any other option. I had to do what I had to do. I had a job, and that’s what my job was. I had to really stay focused on what the job was and on the case and just go about my business. A lot of the women who say to me, “Oh, I could never have done that,” I think they could. I really do. I think women in general, we just soldier on. Whatever it takes, you just have to do it. It’s your job. Whatever it is. And I mean, what else could I have done?

Do you think O.J. Simpson would have lost if he’d been prosecuted by a man?
Oh, no. No. I don’t think it had anything to do with who prosecuted him. It didn’t matter. It didn’t matter who defended him either, truthfully. It was a moment in time very shortly after the Rodney King verdict and the ensuing racial riots, when racial tension was at an all-time high. And he was famous—incredibly famous. There was a determination in the African American community that he would not go down. They would not allow him to go down for this, and the evidence didn’t matter. … I have to ask you: If I was a man who had led the Simpson trial, would you have asked me [what the outcome would have been] if there was a woman prosecutor?

Read more: WNBA MVP Says People Have Told Her to ‘Go Back to the Kitchen’

That’s a good point—probably not. Do you think the experience of being a female prosecutor has changed for women today?
I hope it has. I really do. When I first started, it was so male-heavy, so male-dominated, that on the 18th floor of the criminal courts building, which was where I worked, there were three men’s bathrooms and only one women’s bathroom. And we did co-op one of them, but eventually we did. Not right away. It took years, and there are many more women prosecuting today than were back then.

I think that there’s probably a greater awareness of sexism and a much lower tolerance for it. The younger men tend to be less sexist also, so there does seem to be a move that is appreciable toward a better situation for women in the law. It’s not perfect by no means, and I think if there were another high-profile case where a woman were the lead prosecutor, you’d probably see some quarters where you’d hear “b-tch” and “she’s so shrill.” But I do think there would be some pushback there.

The thing that gets me the most is when they tag you with “ambitious,” as if it’s a bad thing. You would never criticize a man for being ambitious, but with a woman it’s a different story.

What advice would you give women dealing with sexism in their workplaces?
Most of all, don’t listen to the sexist nonsense that you’re bound to hear. Don’t let it pull you off-course, and don’t let it distract you or depress you. Hold your head up. Know that you’re every bit as good, probably better than a man in [your position], and don’t let them get to you. … You have to stay focused. Try and remember, especially if you’re in the public eye, you may be hearing the voices of criticism. But that doesn’t mean there aren’t voices of support, too. Do what you believe is right, and tune them out. And that’s hard to do. By no means am I saying, “Oh, that’s easy.” It’s hard, but you have to. You can’t let people break your stride.

You’ve lectured on a variety of women’s issues—why is that important to you?
Because I’m a woman. Is this like one of those, “Who’s buried in Grant’s tomb?” questions? I’m a woman, and I see women get put through an awful lot of grief and be subjected to the kind of criticism, remarks and suggestions that no woman should ever have to tolerate. And I think we should be helping each other and supporting each other. I’m not saying to be indiscriminate—that you should support a woman who says, “Let’s revive Nazi Germany.” At the same time, please be aware and don’t subject your sisters to the kind of unfair criticism and undermining behaviors that don’t serve us, that ultimately are harmful to us all.

Read more: What Happened When I Responded to an Online Hater Who Criticized Me for Having Natural Hair

To the extent that someone goes out to criticize another woman about hair, makeup, silliness like that. Unless you’re talking about a makeup artist or something, really stop and think about what you’re doing and why you’re doing it. And I think because women have a harder time still today—even though it’s better—it’s important to talk about the issues they face and be a voice of unity, cohesion, support.

How can women make sure they aren’t undermining other women?
Ask yourself, “If a man did this, would I be saying anything about it? If a man is ambitious, would I be criticizing him for it?” I think that’s something that women in particular need to ask themselves before they jump to the podium to point a finger at another woman. I would like for men to do that, as well, don’t get me wrong. But I think it’s especially important that women acknowledge that we all have a burden to carry that men do not. And therefore [we need to] be that much more sensitive to whether or not they really need to take the rostrum to say critical things of another woman. I would like to see us be, in general, much more supportive of one another.

Is there anything else you’d like to add?
Just what I always wind up saying if we talk about the Simpson case: Can we please remember that Ron and Nicole were innocent people who were murdered? It’s cool we can talk about racism and sexism and we have this great series, but let’s not forget at what cost. 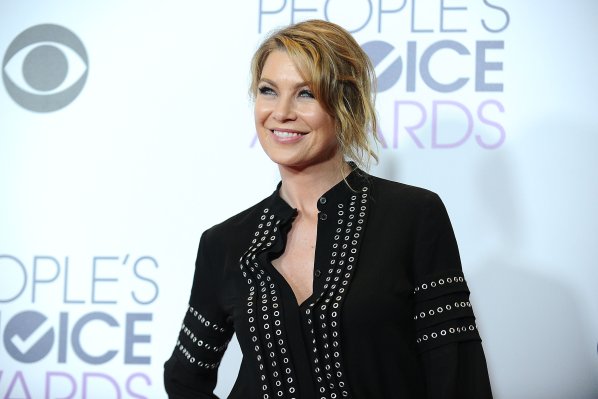