How the U.S. Ended Up With Today's Paper Ballots

A voter marks his ballot for the Michigan presidential primary at a polling station in Warren, Michigan, March 8, 2016.
Geoff Robin—AFP/Getty Images
By Elizabeth King

We send emails instead of hand-written letters, we buy Kindles instead of books, we use iPads instead of pen and paper—and yet, voting is still mostly left to good old-fashioned paper.

Voting technology has essentially remained at a standstill for decades. Still, some things have stayed the same even longer: the same concerns for security and secrecy that have kept paper dominant were also the driving forces behind voting policy in the early years of the United States.

Prior to the Revolutionary War, votes were cast not by ballot, but by voice. Before the Revolution, voting took place at local carnivals, historian and writer Gil Troy tells TIME in an email. There, people—who may or may not have been drunk at the time, considering the setting—would call out their votes to be counted. But given how public this method of elections was (and the varying states of sobriety of voters present), voting was very easily corruptible.

Yet voting remained quite public, Troy says, until the 1800s, as voters would sign their names under one candidate’s name or another’s on a public ballot. This method had the advantage of being easy to count and hard to falsify, but the system was better suited to smaller elections. As the size of American government grew and parties became more established, printed ballots became common. Each party would distribute multi-page ballots with the names of the officials running for the various offices that were up for election. Voters would take the ballot from the party they wanted they wanted and drop it in the ballot box to be counted.

During the 19th century, however, American politics grew increasingly divisive—and the secrecy of one’s vote became more and more important. After the Civil War, the term “vest-pocket” voting emerged to refer to people who kept their ballots in their pockets rather than displaying them publicly on the way to a polling place. Troy calls this an intermediate phase between public and private voting, when privacy was up to the individual—and, as he notes (with credit to Michael McGerr’s The Decline of Popular Politics), some liberal reformers at the time believed it was manlier to display one’s preferences proudly.

By 1892, voting in secret with written ballots was the rage. At this point in time, it was generally agreed that privacy of voting important to the democratic process.

In the 1900s, advances in voting rights came faster than any specific voting technology. In 1920—the period in which lever machines were popular for casting ballots—women’s right to vote was recognized. And, 45 years later in 1965, a few years after punch-card technology was adapted for voting, president Lyndon B. Johnson enacted The Voting Rights Act, which removed many voting restrictions for people of color. Another 10 years later in 1975, president Gerald Ford signed an extension to the Voting Rights Act, which required bi-lingual assistance for non-English speaking citizens, particularly immigrants from Latin America.

Throughout those decades, different versions of the paper ballot remained at the heart of the voting process.

But that doesn’t mean paper has never failed. The ultimate case against voting with paper is the hanging chad fiasco of 2000, when former president George W. Bush ran against former vice president Al Gore. A recount of Florida’s hole-punched votes lasted several days and caused a massive controversy over whether or not ballots to which small pieces of paper (chads) were still attached should be counted as valid votes. It was a disaster that no state wanted to see repeated.

Given how much technology has advanced in recent years, it’s fair to wonder why we continue to vote with paper. However, there are good reasons why the U.S. is hanging on to paper ballots.

Tom Hicks, Chairman of the Election Assistance Commission (EAC), the group responsible for helping states meet standards set out in the Help America Vote Act of 2002, tells TIME that the primary reasons that many states continue to use paper ballots are security and voter preference.

The only real case study involving purely Internet-based voting is Estonia, where independent studies have revealed significant security concerns. A report published in 2014 found that Estonia’s e-voting technology is vulnerable to myriad cyber-attacks, and that malware could easily rig elections. “The Internet was not built for security,” says Pamela Smith of the voting-accuracy advocacy group Verified Voting, “It was built for open communication.”.

And security isn’t the only concern for e-voting. The cost of new voting machines is a recurring obstacle for states looking to upgrade. Each state decides the system and sort of machine they will use, and it’s often the case that options are greatly restricted by budget.

For now, Smith says that most voters are content to use whatever technology is presented to them on election day—until something goes wrong. Lines get longer while machines are pulled to the side to get fixed, and voters get nervous that something could be wrong with their vote.

But, noting that consumers now feel confident using this type of technology for banking and other institutions where security is of high importance, Hicks says he believes it’s only a matter of time before confidence in paperless voting will match that achieved by paper ballots. If completely paperless voting is as inevitable as he says it is, who knows? Maybe a few elections from now we’ll be voting from an app from the comfort of our couches as we watch cable news live-tweets of the results of individual ballots. 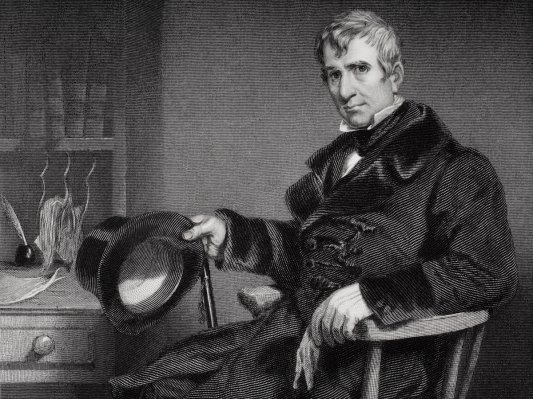 These Nine Presidents Were Nominated at Contested Conventions
Next Up: Editor's Pick