Will Smith Remembers Speaking to Prince the Night Before He Died

Will Smith joins the growing list of celebrities sharing personal stories in remembrance of late pop superstar Prince, 57, who died Thursday at his Paisley Park home in Minnesota after police responded to a medical emergency and found him unresponsive in an elevator.

On Thursday night, the Suicide Squad actor posted a photo of Prince playing the guitar, along with a touching message indicating he’d just spoken to the music legend hours prior to his death.

“I am stunned and heartbroken. I just spoke with him last night,” the actor and rapper wrote. “Today, Jada & I mourn with all of you the loss of a beautiful poet, a true inspiration, and one of the most magnificent artists to ever grace this earth.”

Smith’s wife, Jada Pinkett-Smith, also took to social media to mourn the late musician. “Prince was one of the first artists to put me on game in regard to the industry. He was not only a genius artist, he was kind, funny, beautifully eccentric, curious, imaginative, magical, spiritual, rebellious and extremely intelligent,” she wrote. “He showed me early the power of living one’s life by one’s own rules and no one else’s. There are really no words to express what we have all lost today. To quote my friend Paress, ‘Music has lost its heart beat.’”

Prince previously listed Willow Smith, the Independence Day actor’s 15-year old daughter, as one of his favorite artists working today. “I love what she’s doing, her and her brother [Jaden],” he told EW in an interview last year. “I want to meet them. It almost happened, but it didn’t work out. I want to see what she’s making in five years.” Willow Smith’s debut album, Ardipithecus, was released in Dec. 2015, five years after her debut 2010 hit “Whip My Hair.” 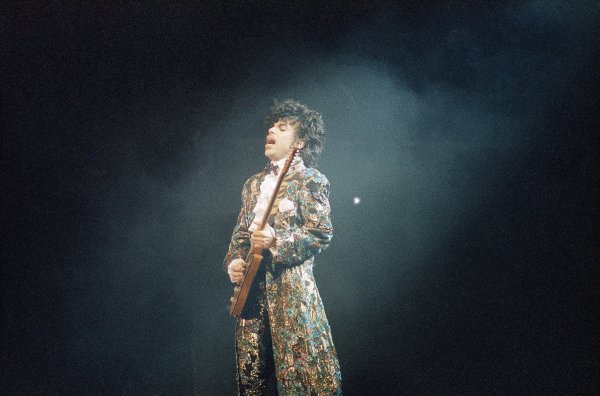 Prince 911 Caller Didn't Know Where Paisley Park Was
Next Up: Editor's Pick