Why Intel Is Laying Off Thousands of Workers

The Intel logo is displayed outside of the Intel headquarters on January 16, 2014 in Santa Clara, California.
Justin Sullivan—Getty Images
By Kevin Kelleher

These days, it’s hard to conjure the sense of dread that the word “Wintel” inspired during the PC era. In the waning decades of the 20th Century, Wintel referred to the duopoly of Microsoft Windows and Intel’s x86 chips that, together, steamrolled competitors and dominated the tech landscape.

Of course, the Wintel platform still dominates the PC sector. But PCs aren’t what they used to be. Global shipments of desktops and laptops peaked at 365 million units five years ago and fell to 289 million in 2015. Meanwhile, combined sales of tablets and smartphones surged to about 1.7 billion units last year. In that context, Wintel dominates the way a trunkless statue of Ozymandias presides over an arid desert.

Microsoft and Intel saw the slowdown coming and tried to respond. Both companies watched their stocks trade sideways during the decade after the dot-com bust. Both struggled for years to find a foothold in the smartphone market. Both have named new CEOs over the past three years who vowed to upgrade their businesses to mine future areas of growth.

To date, Microsoft has had a more successful transition. Under Satya Nadella, the Redmond, Wash.-based firm engineered a bold restructuring, laying off thousands of workers last year and repositioning the company around growing markets like cloud computing. That has helped Microsoft improve its stock price by 93% in the past three years. During that time, Intel’s stock has risen 47%, underperforming the Nasdaq Composite’s 50% gain.

This isn’t to say that Intel is in trouble. But its transition from a dependence on an aging, still-profitable business of PC chips to more promising markets is taking longer than many had hoped. Intel has been pushing into growing areas like chips for data centers and the Internet of Things. And this week, CEO Brian Krzanich moved to speed up the transition by announcing 12,000 job cuts within the coming year.

“These are not changes I take lightly. We are saying goodbye to colleagues who have played an important role in Intel’s success,” Krzanich said in an email he sent to Intel’s 107,300 employees. “Today’s announcement is about accelerating our growth strategy.”

Krzanich describes that strategy as one that will “transform our company from a PC company to a company that powers the cloud and billions of smart, connected computing devices.” In short, a transition echoing the one Microsoft is also navigating. Call it the Wintel playbook for surviving in the 21st Century.

Sales of PC chips still make up more than half Intel’s revenue. Krzanich said that there are areas of the PC market Intel will continue to focus on, such as high-end laptops, gaming PCs and tablet/PC hybrids. For the past year or so, PC sales showed signs of stabilizing – that is, not growing, but not declining rapidly either. That changed this year, with shipments declining nearly 10% in the first three months.

In hindsight, Intel could have moved beyond the PC-chip business earlier. That highlights one difference with Microsoft, which reacted relatively quickly a decade ago, moving into enterprise and server software and paving the way for an early entry into the cloud.

Intel, by contrast, infamously passed on a chance to design the chips for Apple’s first iPhone, underestimating the potential of the smartphone market. Instead, chip designs from ARM Holdings became the standard. Some analysts believe a portion of the iPhone 7, expected this fall, may have Intel inside, although it may be too little too late. Global smartphone sales are also slowing as the market saturates.

Under Krzanich, Intel has been working to position itself in markets that promise future growth. Its data-center group saw revenue rise 9% to $4 billion, while its Internet of Things group saw revenue grow by 22% to $651 million. Last year, Intel paid $16.7 billion for Altera to ensure a foothold in the growing market for programmable chips. On an interview with CNBC this week, Krzanich said Intel will probably make more acquisitions to expand further beyond PCs.

The awkward transitions Intel and Microsoft are experiencing are almost a rite of passage for big tech companies as they age. IBM, Oracle and others have also had to embrace new cloud-based subscription models that are eating into their older businesses. And yet, true to the theory of disruptive innovation, they can’t abandon those old models too quickly, because they remain positive. The trick, if there is a trick, is timing the move from old to new just right.

Following Intel’s announcement of layoffs, analysts debated whether Intel’s timing is coming too late. A report from Stifel Nicolaus said the “workforce adjustment may have been overdue.” Another from MKM Partners argued they could boost profits in PC chips and allow for more investments in newer areas. Still another from Bernstein believed that, the layoffs notwithstanding, “the fundamentals of the company continue to deteriorate.”

Intel’s best hope may be Krzanich’s willingness to shake things up. A number of top executives who were Intel veterans have left the company this year, after Krzanich brought in an outsider – Murthy Renduchintala, who previously ran Qualcomm’s chip business – to oversee many of its products. On Tuesday, Krzanich said Renduchintala “is doing a complete review of all our products” to further the restructuring.

That may echo another bold change made by Microsoft, which required a shift in corporate culture to move into the future, embracing ideas that were alien during its years of PC dominance. That’s fitting, as the era of Wintel is over. And the two companies behind it are each feeling their own way into the future. 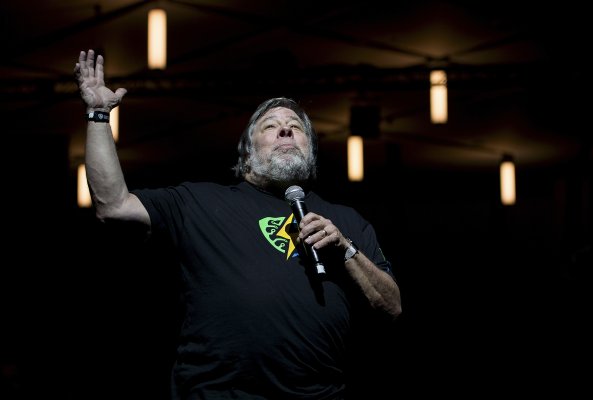 Apple Should Pay Much More Tax, Says Co-Founder Wozniak
Next Up: Editor's Pick