Donald Trump Would 'Love' to Have Former Rivals in His Cabinet

Donald Trump said Thursday he would love to have Sen. Marco Rubio, a former opponent who Trump referred to as “Little Marco,” on his cabinet.

In an interview on Fox News, Trump said the Republican Party needs to “unite” in order to win the White House next fall. In his pitch, Trump suggested he would tap some of his former opponents for a presidential cabinet.

“Frankly, Marco, I’d love to have involved,” Trump said of his former foe. “I can tell you that Ben Carson is a terrific guy. … Chris Christie is a fantastic guy. Both of them are tremendous people.”

Both Christie and Carson have already endorsed Trump, who is the leading contender for the Republican nomination.

“The party has to unite. If we unite, this party is going to have a huge victory,” he said. “We are going to win places other people have no chance of winning.” 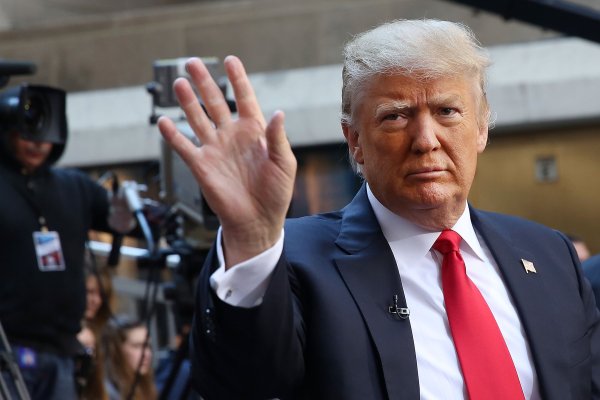 Trump Chief: Candidate's Temperament Is an Act
Next Up: Editor's Pick