What Every Woman Needs to Know About Zika

Zika has been called a pandemic in progress by health experts. Now that the swiftly spreading virus is definitively known to cause microcephaly and other brain-related problems, emergency responders are doubling down their efforts to keep pregnant women and their fetuses safe, and quickly learn more about the virus.

Because there are more questions about Zika than there are answers, there’s a lot of confusion. During a recent visit to the U.S. Centers for Disease Control and Prevention (CDC) headquarters in Atlanta, we asked experts in infectious disease, birth defects, and reproductive health, questions about what women in the U.S. should know.

TIME: Officials in some countries are telling women to put off getting pregnant. Why is that not CDC’s messaging right now?
Dr. Denise Jamieson, chief of the Women’s Health and Fertility Branch: If a person is infected in an endemic country, then we are recommending that women wait 8 weeks and men wait 6 months [before trying to conceive]. For people who live in endemic areas, deciding when and how to get pregnant is a highly complex, very personal decision and there are a whole lot of factors involved, like how motivated a couple is to get pregnant, their age, and many other factors. So we don’t think the right advice is for us to be telling couples when and how to get pregnant, but rather, give them and their health care providers the information about the risks of Zika so that they can make a decision. For example, if a woman is highly motivated to get pregnant and motivated to prevent mosquito bites, there are things you can do to drastically decrease the chance you are going to get Zika while pregnant.

TIME: Why 6 months for men?
Jamieson: That’s out of concern that the virus can persist in the testes after its been cleared from the blood. So based on what we know about the longest period it can persist in the semen, we approximately tripled it. Again, not based on a tremendous about of evidence, but the best evidence that we had led us to the conservative estimates.

TIME: Is abortion access something you are concerned about?
Jamieson: Abortion is a legal medical procedure in the United States and in the context of Zika, women and their partners need to make complex, highly personal decisions about when to get pregnant and about their pregnancies once pregnant.

TIME: Should pregnant women be concerned about DEET?
Jamieson: We believe DEET is safe in pregnancy, and we are lucky that we have a fair amount of evidence supporting the safety of all FDA-approved insect repellants in pregnancy. Pregnant women, not just for Zika, but for a variety of mosquito borne illnesses should be protecting themselves with insect repellants.

Margaret Honein, chief of the Birth Defects branch: We would just recommend that people use the products as directed. Follow the instructions and we have no reason to question their safety during pregnancy.

TIME: Bug spray can range from around 20% DEET to over 90%. For a pregnant woman, is there an amount of DEET she should opt for over another?
Honein: The CDC recommends within the 20-30% range. I don’t know what the 90% products are and I don’t know that we have much data on them.

TIME: Let’s say I am a woman in Florida or Texas—which has mosquitoes that can spread Zika—and I want to get pregnant in a year. Should I?
Jamieson: Thus far there are no locally transmitted cases of Zika in the United States. At this point women contemplating pregnancy in the continental United States and Hawaii do not need to be concerned about Zika specifically.

Honein: With the one exception that if their partner has been traveling to an area of Zika transmission, there is a risk of sexual transmission.

TIME: Right now CDC says there’s no evidence of long-term effects for non-pregnant women. How certain is that?
Dr. Beth Bell, director of the CDC’s National Center for Emerging and Zoonotic Infectious Diseases: We do not actually know this for sure. Based on what we know about this kind of virus, we believe that a non-pregnant person who gets infected clears the virus, develops antibodies, and the antibodies protect against further infection. That’s what we say based on everything that we know. It’s particularly difficult when the advice is about something as important as this. If my daughter had gotten Zika two years ago and she wanted to get pregnant, I would say, ‘Don’t worry, get pregnant, there’s no problem.’ But we don’t know for a fact how long that immunity lasts. Is it lifelong? Is it five years? Is it 10 years? We don’t have an answer to that question. So that’s our best advice at this point.

TIME: Can Zika cause a miscarriage?
Jamieson: There is an association between miscarriage and infection with Zika. We don’t know how often that happens and we still need to know more about that.

TIME: If a pregnant woman finds out she has Zika, what do you recommend?
Jamieson: We have clinical guidance for health care providers for how to follow these women. Basically they should receive more frequent ultrasounds to monitor the growth of the baby, in some cases amniocentesis may be considered in order to make an assessment of the likelihood that the baby is infected. It’s not a perfect test but it may provide additional information for the woman.

Honein: Determining what that absolute risk [of having a baby with microcephaly] is a key question. Is it 1%, or 10%, or 30%? I think based on the published literature it’s somewhere between that, but we don’t know. We do not believe it’s 100%. We expect it will depend on when a woman is infected during pregnancy. There may be other factors that also impact the risk.

TIME: What other factors?
Honein: It’s possible that a history of other infections could be an important factor. We don’t know. In addition to timing during pregnancy, we don’t know if there is a difference between women who have symptoms of Zika compared to women that have an asymptomatic infection, and whether there’s a difference in how they’ve handled the virus that not only affects the presence of symptoms, but the risk of it being passed on.

TIME: If there’s a priority list for figuring these answers out, what would be at the top?
Honein: It’s hard to separate them out but I think understanding the absolute risk and the timing of pregnancy of when the risk is greatest. I would find it difficult to separate those into a first and second but those would be the top of my list of key questions.

Jamieson: And the spectrum of outcomes caused by the Zika.

TIME: Will we ever know why Zika causes microcephaly?
Honein: I think there is a significant likelihood we may not know why. There may not be a specific why. Understanding the full mechanism of how these things have that effect is not something that’s likely to happen rapidly. We often can take public health action based on critical data without understanding the full mechanism. I think there will be critical work outside our public health response that will include animal models and other things that will help inform this. We absolutely want to know why, I just think we can take a lot of public health steps and have a huge impact faster than that question will be answered. 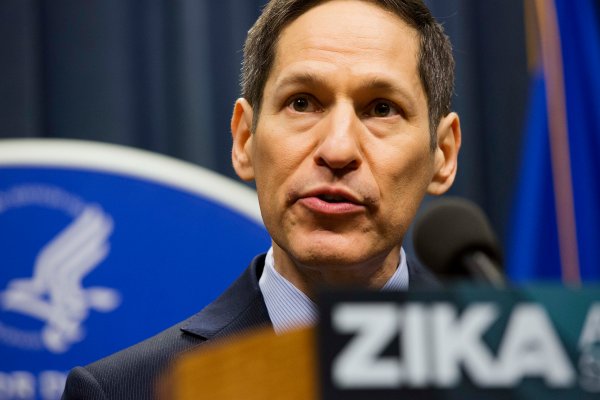