They’re now all jamming in heaven, but once upon a time, Michael Jackson, James Brown and Prince shared a stage on earth.

The three music legends performed together at one of Brown’s concerts in 1983, where the King of Pop and its Prince were both in the audience. Brown first cajoled Jackson up to the stage from within the crowd, and then — around the 1:40 mark in the above video — says Jackson “insisted that I introduce Prince.”

Right from his entry on piggyback from a fellow audience member, to a crazy guitar solo that ends with him shirtless, watch as Prince completely steals the show. 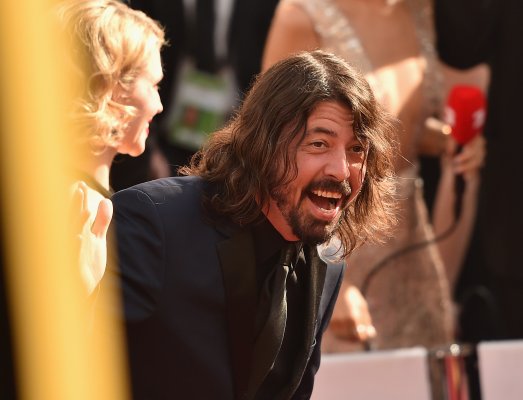 That Time Dave Grohl Got Snubbed by Prince and Bowie
Next Up: Editor's Pick