That Time Dave Grohl Got Snubbed by Prince and David Bowie

Foo Fighters front man and former Nirvana drummer Dave Grohl is widely considered one of the coolest people in music, but his separate attempts to collaborate with Prince and David Bowie — two artists that transcended the definition of cool, and who both died this year — ended up being in vain.

In an interview with radio host Howard Stern in 2014, Grohl revealed that he had wanted to collaborate with Bowie — who died on Jan. 10 — on a song Grohl was doing for a film. But a recording session he tried to schedule through Bowie’s producer never panned out.

“[It was just] logistics,” the 47-year-old rocker told Stern. “Sometimes you want to do something and there’s no time.”

He did, however, say Bowie and him became online pals of sorts, and periodically exchanged emails.

Grohl’s attempts to collaborate with Prince, on the other hand, met with a far more ignominious end. The pop icon, who died Thursday, told Grohl they should “jam” the following week when they met backstage at a 2011 Prince concert in Los Angeles, according to the Guardian.

“He never called,” Grohl said, adding that he still turned up unannounced at the show where Prince suggested they could play together, and played the drums during sound check while Prince played bass. While the jam seemed “amazing” to Grohl, Prince “didn’t want to do it” at that night’s concert.

“He goes, ‘What are you doing next week?’ And then I never saw him again.” 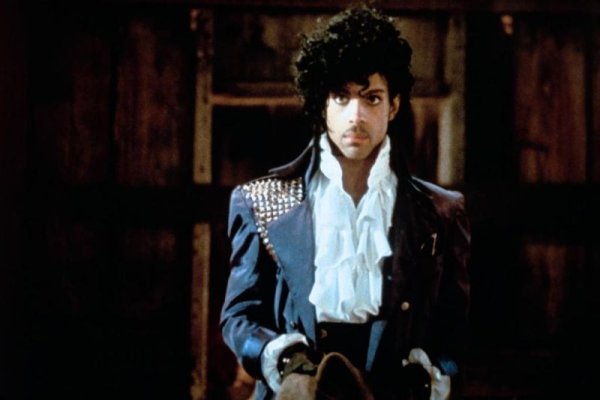 The Beautiful One: Prince On-Screen
Next Up: Editor's Pick