Prince Rocked the Sports World, Too

A third WNBA title, in five seasons, was a sweet enough prize for Minnesota Lynx guard Lindsay Whalen, who grew up west of Minneapolis and starred for the University of Minnesota in the early 2000s. But that evening’s revised post-title party plan, says Whalen, “brought the excitement to a whole other level.”

Back in October, Prince unexpectedly showed up to Target Center in Minneapolis to watch the fifth and deciding game the WNBA Finals, between the Lynx and the Indiana Fever. The Lynx won, 69-52, to clinch the series. The pop icon, who died on April 21, at 57, approached a Lynx staffer with an incredible offer. The players, plus a guest, were invited to his Paisley Park compound for a private concert. That evening. A party bus would take them there. Lynx staffers could come too; they just had to drive themselves, and turn their headlights off when they entered the estate. No cell phones allowed.

When Whalen and her husband showed up, Prince was playing the piano near the front door. He played “Purple Rain,” “When Doves Cry,” “1999,” and some new stuff. He played different instruments throughout the evening — guitar, keyboards, drums. He played until 4 am; a few Lynx players and coaches danced on stage. “Here we were, watching a legend perform at his house,” says Whelan. “We were all so, so, happy. We got to feel like a rock star.”

Prince’s relationship with the sports world was like the legendary recording artist himself — equal doses weird and thrilling. He played basketball growing up in Minneapolis. “Though music was his calling, Prince mostly hung around with the jocks at Bryant Junior High and Central High,” the Minneapolis Star Tribune wrote in 1984. Prince played football, basketball and baseball. In the ninth grade, according to the paper, “he even coached a grade school basketball team at church.”

“Prince was excellent player; he was like the sixth or seventh man,” his high school coach told the Star Tribune. “He was an excellent ball handler, a good shooter and very short (5 foot 2). Probably with a different group of people he would have been a starter. But, as they turned out, they were probably the best ball team that ever came along at Central. I knew he wanted to be starting and felt he should be starting. He was unhappy and expressed that many, many times.”

When he wasn’t giving impromptu concerts to pro basketball players, Prince was redecorating their houses — even when not asked. In 2004, former NBA player Carlos Boozer rented out his West Hollywood mansion to Prince. According to a 2011 article in the Chicago Tribune:

Boozer’s lawyers dismissed the suit, and Boozer hung out with Prince in New York in the summer of 2010. “We had a good time at a lounge,” Boozer said. “He’s a great dude. He’s very humble. He has a great spirit about him.” Boozer posted a tribute on Instagram after Prince’s death.

Many other athletes and teams joined him.

After watching the Minnesota Vikings crush the Dallas Cowboys, 34-3, at the Metrodome in a 2010 playoff game, Prince recorded a Vikings fight song, “Purple And Gold.” (Alas, it was no hit). Prince also delivered one of the greatest Super Bowl halftime performances in history, when he sang “Purple Rain” in the pouring Miami rain in 2007. And, as part of a Minnesota Twins clubhouse ritual, the rookies had to learn the words to “Little Red Corvette.”

With Minnesota particularly distraught over Price’s death, Whalen, the Lynx guard, keeps thinking about the private championship concert in October. “It didn’t seem real at the time,” she says. “And looking back, now that he’s gone — it’s just sad.” Sports lost a favorite fan. The world lost so much more. 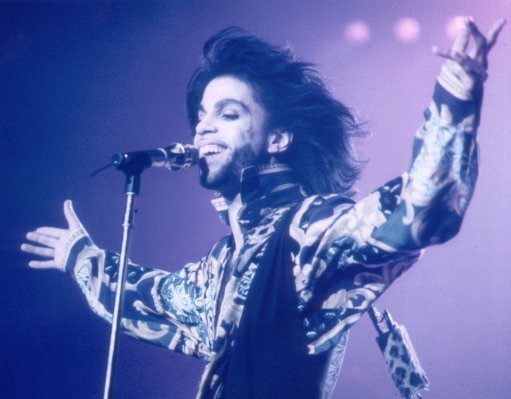 Prince Was Asked if There Was Anything He Couldn't Do. Here's His Answer
Next Up: Editor's Pick