Damage is seen at the site of a collapsed section of a bicycle path in Rio de Janeiro, Brazil, on April 21.
Nadia Sussman—Bloomberg/Getty Images
By Katie Reilly

A bike path in Rio de Janeiro collapsed on Thursday, killing two people and injuring three, as the city prepares to host the 2016 Summer Olympics.

The city said a strong wave caused a 164-foot piece of the seaside path to detach and fall to the rocks and beach below, CNN reported.

The bike path, which cost $12 million, was part of renovation projects by the city in preparation for the Summer Games. The Olympic torch was lit in Greece on Thursday, and it will arrive in Rio de Janeiro in August, when the games begin.

City officials said engineers who designed the path will now “check and revise” it, CNN reported 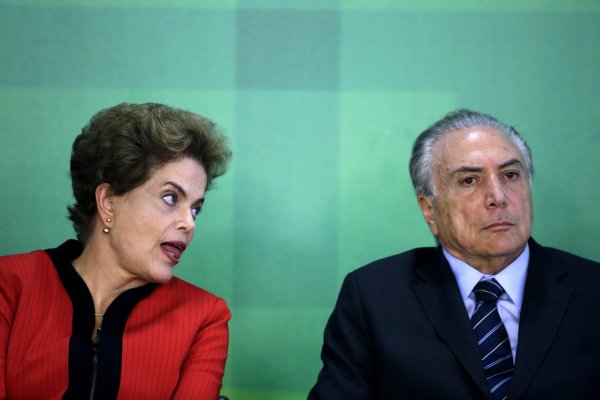 Meet the Man Who Would Be Brazil's Next President
Next Up: Editor's Pick