The 100-Year History Behind Anzac Day

A dawn commemorative service at Balgal Beach in Australia on Anzac Day in 2007.
Ian Hitchcock—Getty Images
By Julia Zorthian

For a century now, in the dark hours before daybreak each April 25, Australians and New Zealanders have gathered at dawn vigils to commemorate those who served and died in wars.

The memorial day shared by both nations occurs on the anniversary of the Anzac forces landing in Gallipoli in 1915, at the onset of World War I. But the observance does not mark a decisive victory. Rather, Gallipoli was a prolonged failure for the Allies.

Australia had only been part of the British Empire for 13 years — and New Zealand for seven — when World War I broke out, and together the countries created the Australian and New Zealand Army Corps (ANZAC) to fight for the Allied Forces. The new troops joined with other allies in the attempt to capture the Gallipoli Peninsula in Turkey, a strategic position that would come with the ability to open the Dardanelles Strait. The breach in the fortifications of Turkey, a German ally, would let the Allies move into Constantinople.

The invasion did not succeed. Turkish troops waged battle with the ANZAC forces for eight months, during which over 8,700 Australians and 2,700 New Zealanders died. “In an age when armored landing craft were practically unknown, British, French and Anzacs went ashore in a flotilla of paddle steamers, trawlers, yachts and river tugs,” TIME later explained. “Scarcely a naval gun boomed to soften up the Turkish beaches before them: the warships at Gallipoli were too busy transporting the troops. The result was carnage.”

The soldiers’ sacrifices and dedication to the cause roused admiration back home. “Although the Gallipoli campaign failed in its military objectives,” explains Australia’s government, “the actions of Australian and New Zealand forces during the campaign left a powerful legacy.”

People therefore held patriotic events in Australia and New Zealand, and as far away as Egypt and England, on the one-year anniversary of the landing, marking the first Anzac Day as a half-day holiday in 1916. (That’s why this year is the 100th Anzac day, even though the military campaign took place 101 years ago.) In the 1920s, Australia began recognizing the day as a commemoration for all 60,000 citizens who died during World War I, and every state observed it officially for the first time in 1927. The same transition from celebration to memorial happened in New Zealand.

By 1941, the traditions were well-established when TIME wrote of the day:

In later years, for example during World War II, the memory of Gallipoli—as observed on Anzac Day—was used as a rallying cry to keep fighting even in the bleakest of circumstances.

Now, the dawn vigils are standard, marking the time the soldiers first landed in Gallipoli. People also hold marches, memorial services and play plenty of games of two-up (an Australian game of chance). This year, remembrances are scheduled at memorials in New Zealand and Australia, as well as across the world — including the Gallipoli peninsula itself, where buses will take early-rising groups for a 5:30 a.m. vigil. 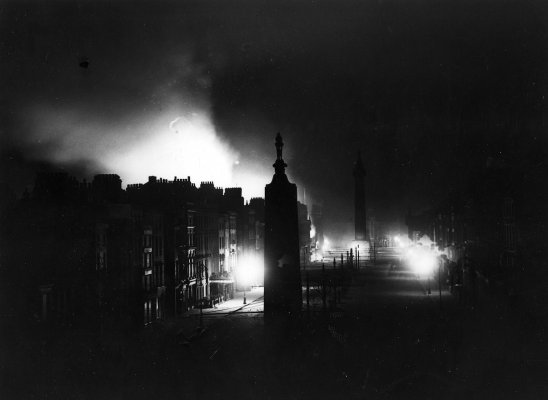 The American Influence on Ireland's 1916 Easter Rising
Next Up: Editor's Pick