How Prince Pioneered the Future of the Music Biz

At the time, in the ’90s, Prince seemed crazy. He’d written “SLAVE” on the side of his face and insisted the Warner Bros. contract under which he’d sold 100 million albums had turned him into a prisoner. But he turned out to be a pioneer, one of the first major pop stars ever to crack the modern record-label deal, negotiating his freedom in order to show how prolific he was. That year, he released the three-disc, 36-song Emancipation, which didn’t sell like his Warner hits but allowed him to keep the profits for himself. Over the past decade, artists from the Eagles to Wilco to Beck have done exactly that.

More than just about any other musician, Prince predicted the Internet, setting up a 1-800-NEW-FUNK hotline to sell albums and merchandise, correctly calculating he could make far more millions off his concert tours than the album sales he shared with Warner Bros. “You see what’s going on in the industry,” Londell McMillan, his attorney at the time, told Forbes, “and you have to ask yourself, is this artist the kind of mercurial crazy some people say, or is he the wise one who understands where he fits at the start of a new century?” In 1997, releasing Crystal Ball, he was one of the first artists to accept Internet pre-orders. Later he sold several albums through his NPG Music Club online.

For a long time, it seemed like everything Prince Inc. did was as beautiful and perfect as “Raspberry Beret.” He gave away copies of Musicology with tickets to his 2004 tour, then grossed $88 million in concert sales, more than Celine Dion or Madonna. He signed one-album distribution deals with major labels rather than giving them the long-term rights to his music, and wound up with a No. 1 hit in 2006, 3121. He gave away 2 million copies of Planet Earth with newspapers in a 2007 U.K. promotion.

Then he abruptly realized that the rampant online piracy he’d largely danced around would affect his bottom line, too. He sued The Pirate Bay, an illegal Swedish file-sharing service, for violating his copyrights, and in 2010 called the Internet “completely over.” Suddenly, it was impossible to find even a glimmer of a Prince song, recorded or live, via YouTube, in part because he’d cracked down on smartphone cameras in concert. Last year, after the launch of Apple Music, Prince pulled his entire catalog from all the major streaming services. And not just his music: You can’t find the Cyndi Lauper or Mitch Ryder versions of “When You Were Mine.”

By way of explanation, Prince offered a familiar refrain: Blame the record industry. Labels took advantage of artists by signing lucrative content deals with streaming services, then didn’t share profit. “You just have to blow it up,” he said. “That’s what it’s going to take.”

It seemed extreme, but he was Prince. Which means he was probably right. 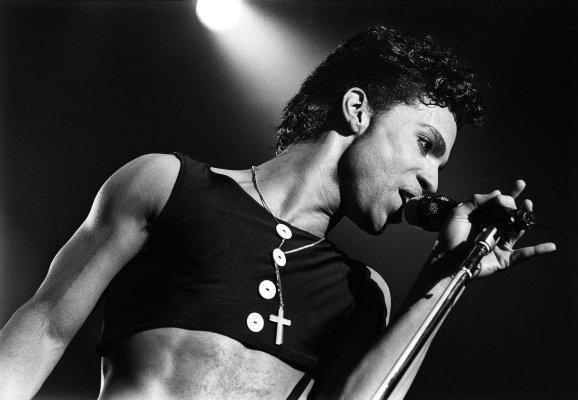 I Met Prince — And He Tried to Make Me a Jehovah's Witness
Next Up: Editor's Pick