Musical icon Prince died today at the age of 57. In the wake of his tragic passing, fans are diving into his discography and unearthing musical treasures (and comedic tidbits) from his long career. One such piece that has resurfaced is the performance Prince gave when he was inducted into the Rock and Roll Hall of Fame in 2004 by Alicia Keys.

Organizers wanted the Purple One to join Tom Petty, Steve Winwood, Jeff Lynne and George Harrison’s son, Dhani, on a version of The Beatles’ “While My Guitar Gently Weeps” to honor Harrison, who was also being inducted that year. The resulting performance was an incredible showcase of guitar talent. Watch the video all the way through to hear his two-minute guitar solo at the end of the Beatles song—it’s worth the wait and may be one of the greatest musical moments from the Rock Hall’s induction ceremonies.

The most stupefying part of the performance came later, when Prince later claimed that he never heard the song until he learned it for the performance. While it’s hard to believe that’s true, it’s equally hard to imagine Prince sitting down to listen to The White Album. 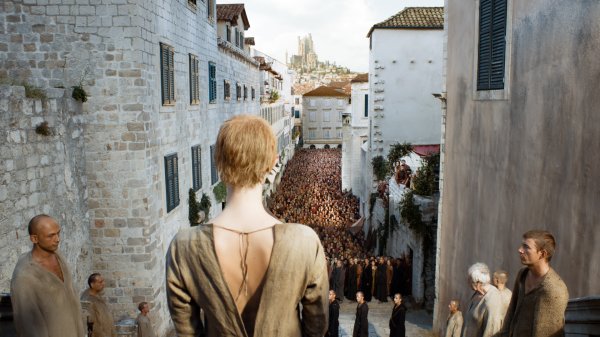 Let Cersei Reign on the New Season of Game of Thrones
Next Up: Editor's Pick