Earth Day was designed to make us pause and consider how our actions impact the natural environment.

Before the summer weather arrives, and we unconsciously flip on our air-conditioning systems, it’s worth considering that energy usage for cooling our homes and buildings will soon outpace that used for heating. We need to recognize that in our success in controlling nature, we’ve become alienated from it—which has potentially disastrous consequences as the climate changes.

For this reason alone, it is worth examining the longer history of “climate control” systems, not just their technical history, but also how they shape our very notions of nature, comfort and climate more broadly.

Air conditioning, the quintessential form of climate control, was originally developed in the early 20th century to regulate humidity levels in factories, making the production of moisture-sensitive materials such as textiles and food products more efficient and predictable. But such predictability could only be achieved by shutting out daily and seasonal variation in weather; a controlled “indoor” environment had to be isolated from the “outdoor” environment.

On both sides of the line, the unpredictability of nature had become a problem to be solved.

The idea of controlling nature was not limited to indoor environments but was part of a larger national impulse. Out-of-doors, large hydroelectric dams, like the Hoover Dam, were built to control unruly rivers and produce electricity. Likewise, engineers such as Willis Carrier endeavored to convince people that their individual environments should be controlled and that comfort could be quantified.

The impulse to build a technologically controlled environment came to dominate not just office space but residential living as well. By 1960, passive-cooling features were removed from homes in developing suburbs across the country from Levittown, Penn., to Lakewood, Calif.

Some of this was driven by the specifics of the post-war housing boom. Air-conditioning manufacturers convinced large-scale developers to remove formerly common features such as operable windows, sleeping porches, attic fans, insect screens, ventilation louvers and venting windows in order to afford the costs of expensive air conditioning equipment.

Electrical utility companies actively supported these efforts, as historians Andrew Needham and Adam Rome explain, in order to sell more electricity to homeowners in summer, which had traditionally been a low energy-use season.

But the utilities got too much of a good thing. Consumption of energy spiked, leaving us dependent on it. Now we have brownouts in the summer months when AC use peaks. An extended drought in California also means hydroelectric dams, such as Hoover, will produce less energy.

With these technology-dependent changes to the built environment, even if we wanted to turn off our climate-control systems in summer (or even spring or fall), it’s difficult and uncomfortable to do so in the U.S. because we can no longer rely on passive-cooling features such as operable windows in our homes and offices.

Such actions have shut nature out, and us away from it, including the birds and crickets we can no longer hear through window screens. This increased alienation from outdoors now inherent in our built environment helps obscure the reality that the climate is changing around us.

Americans now spend almost 90% of our time indoors and the ubiquity of living in a controlled indoor climate lets us ignore not only the effects of a changing climate, but also the people excluded from such controlled climates, whether by economics or historical patterns of prejudice (or a combination of both).

We don’t need to return to some technology-free version of the past, but low-tech solutions, practices and patterns that have been abandoned could offer alternatives and help us reduce our alienation from nature.

Older houses and buildings that retained passive-cooling features should be rewarded for reactivating those features, not just for adding new technologies like solar panels and more energy efficient air conditioning equipment. Rewards should also go to new building projects that reintroduce the passive features as part of green building design. Subsidies may be needed to create the critical mass that made air conditioning the default pattern.

But we also need to re-learn how to live with nature rather than trying to control it. Doing so will bring us one step closer to bringing climate change under control. 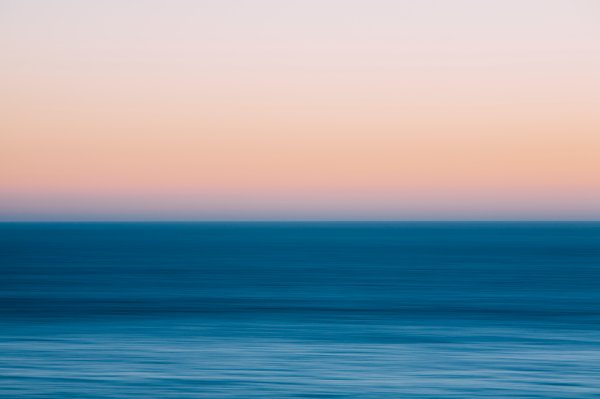 We Should Celebrate the World's Oceans This Earth Day
Next Up: Editor's Pick