1984 was a big year in music: Michael Jackson’s Thriller continued to dominate the charts, Bruce Springsteen released Born in the U.S.A. and Americans were dancing to the Footloose soundtrack. But the album that stayed at the top of the Billboard 200 ranking for the longest that year was Prince‘s Purple Rain.

After its release in June 1984, Purple Rain leapt to No. 1 on Billboard’s weekly album list at the beginning of August and then stayed there for the rest of the year, overpowering the year’s other hits and ultimately selling at least 13 million copies in the United States. The album’s immense popularity and crossover appeal likely stems from Prince’s ability to pull together strands of funk, pop, rock and R&B. It also served as the soundtrack to Prince’s 1984 semi-autobiographical film of the same name and eventually won an Oscar for Best Original Song Score (a now defunct category).

As music fans mourn Prince after his death Thursday at 57, take a look back at just how big his Grammy-winning album was when it debuted: 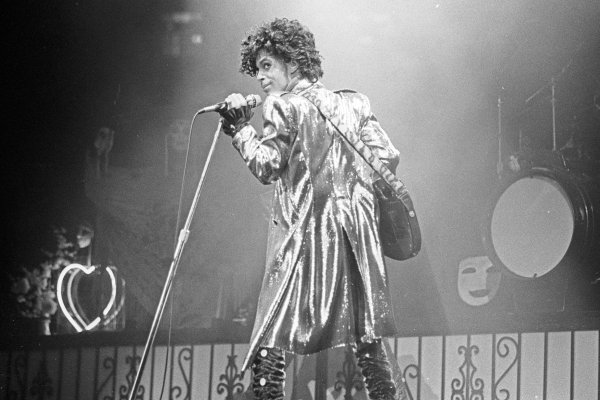 Here's Where You Can Listen to Prince's Music
Next Up: Editor's Pick