Why We Should Celebrate the World's Oceans This Earth Day

For many people, Earth Day evokes terrestrial scenes—meadows in bloom, verdant forests and soaring mountains. But on this Earth Day, there is also lots of blue.

Governments large and small have recently made impressive steps forward in protecting the world’s oceans. Research shows that prohibiting fishing and other extractive activities in large fully protected marine reserves is vital to rebuilding species abundance and diversity and protecting the overall health of the marine environment. In the past year and a half, about 1.5 million square miles of ocean have been protected, an area far greater than all previously designated marine protected areas. Here are a few notable projects:

Over the same period, other governments and oversight bodies set aside areas of ocean as reserves specifically designed to protect an array of marine life. Science suggests that each of these places will help marine species thrive and bring added ecological benefits within and beyond each sanctuary’s boundaries.

And because the oceans belong to no single nation, it’s also heartening to see environmental action that transcends borders: for example, a U.N. General Assembly agreement to begin negotiations that could lead to marine reserves on the high seas (the area of the Earth that is beyond the jurisdiction of any one country), and a five-country pact to refrain from fishing in the Arctic Ocean’s international waters until science concludes that it won’t harm the ecosystem.

These actions are worth celebrating. But even with these latest positive steps, only about 2% of our ocean is protected in marine parks, far short of the 30% scientists say is needed to help the ocean remain healthy enough to meet the demands we place on it. Protecting oceans and the life within them is vital: These waters cover about 72% of our planet and provide food for billions of people and livelihoods for millions. Oceans are also critical regulators of our climate.

We need more action—and soon—to help the seas recover from years of overfishing, pollution, rising acidity and other ills. Achieving that will allow us to see a happy, reassuring shade of blue for many Earth Days to come. 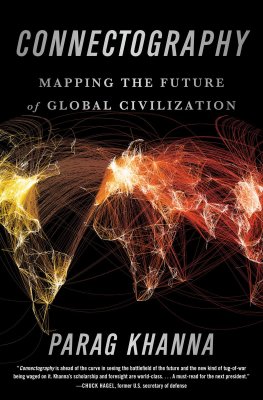 Climate Change Is Forcing a New Manifest Destiny
Next Up: Editor's Pick