The Story of Prince and Those 'Parental Advisory' Stickers

Prince, the legendary pop star who died Wednesday at 57, was known as a sex symbol. In fact, his provocative lyrics helped set off the national movement that led to the creation of the black-and-white “Parental Advisory” stickers on albums.

As she later wrote in Raising PG Kids in an X-Rated Society (1987), “The vulgar lyrics embarrassed both of us. At first, I was stunned — then I got mad! Millions of Americans were buying Purple Rain with no idea what to expect!”

So in 1985, she formed the Parents Music Resource Center (PMRC) with the support of several political wives, such as Susan Baker (married to Treasury Secretary James Baker), who joined the cause after her seven-year-old daughter started quoting Madonna’s “Like A Virgin” and asking what a virgin was. The PMRC released a “The Filthy Fifteen,” a list of songs that should be banned or labeled, naturally featuring Prince and Madonna. Musicians John Denver, Dee Snider of Twisted Sister, and Frank Zappa testified at a Senate hearing about record labeling, an idea Zappa called “the equivalent of treating dandruff by decapitation.”

Over the next decade, the Recording Industry Association of America started using different variations of “Parental Advisory.” At one point, Walmart refused to carry records with such warnings. But the movement didn’t hurt Prince. As Bob Cavallo, a former manager, put it, “Any time Prince got bad publicity, it helped him.” 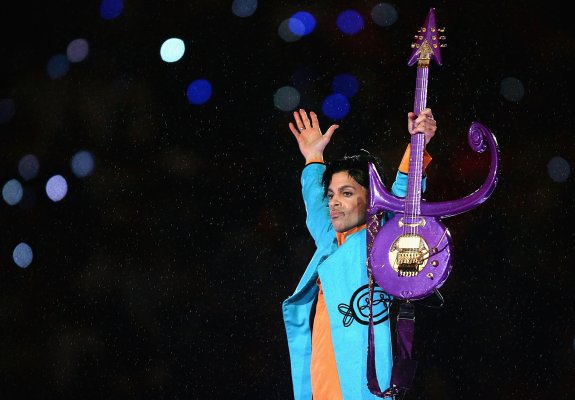 Day of 'Purple Rain' in Minnesota Marks Prince's Death
Next Up: Editor's Pick