Why Hamilton (the Man) Is So Popular on Wall Street

The decision to ditch Andrew Jackson as the face of the $20 bill, rather than America’s first Treasury Secretary Alexander Hamilton who’ll remain on the $10, will give Harriet Tubman her due place in U.S. currency history. It will likely please those who have long been calling for more diversity on American money. And it is sure to satisfy another constituency: financiers, bankers, and others on Wall Street who have revered Hamilton since long before the remarkable popularity of the Broadway show that bears his name.

Hamilton has always been big on Wall Street. Yes, he was the architect of the American financial system which helped the country grow into the richest in human history. But you could also argue that he was the first Gordon Gecko, casting greed as good in an America that had formerly been dominated by Calvinist honor and Yankee thrift.

Hamilton not only designed the first cash in America, he laid the foundations of the modern financial system. He replaced pounds and other foreign coinage widely used throughout the young country with the dollar, which became the world’s reserve currency. He created the bond markets, unleashing a spasm of speculation throughout the nation. Many of the early fast-buck artists, like Robert Morris, ended up in debtors’ prison. (Not so the robber barons of today, in part because the complexity of the market has grown faster than regulator’s ability to keep up.)

If Hamilton had truly had his way, the U.S. financial system would have been very different than it is today–and some would argue stronger. As Vincent Carosso sketches out in his seminal history, Investment Banking in America, Americans have always been skeptical about powerful banks. In the early days of the republic, Thomas Jefferson, who represented the interest of small farmers, and Hamilton, who stood for the urban elites, argued over what the country’s system of finance should look like. Jefferson and the populist agrarians were nervous about concentrating financial power in New York City, which is of course exactly what Hamilton wanted. The two split the difference, with a system of state-chartered banks in which solvency varied wildly. This is one key reason that finance in America has always been more crisis-prone than, say, in Canada, which has a strong and consolidated network of national bank branches yet also keeps lending separate from risky trading. (I’d personally like to see Lin-Manuel Miranda put that to hip hop.)

Blame Hamilton for the existence of Too Big To Fail banks. Then thank him for helping create an America in which money, rather than lineage, is the way to prosperity. His vision of a unified financial system in which a federal deficit could underwrite economic growth made the U.S. the envy of Europe, and then most of the rest of the world. It’s also allowed hedge funders to become the wealthiest people in the world.

If one measure of influence is an individual’s right to be memorialized on currency, there’s little to argue with Hamilton keeping his place on the $10. 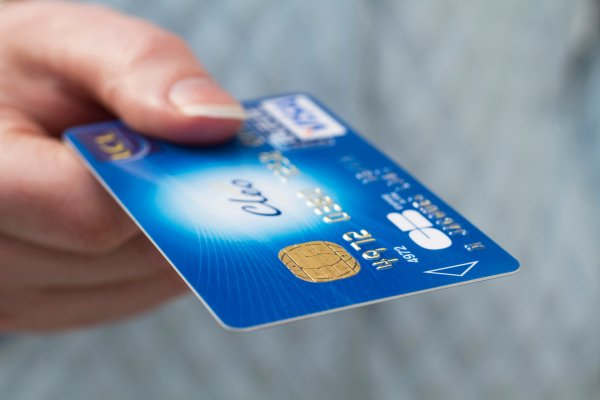 That Chip in Your Credit Card Is Actually Doing Its Job
Next Up: Editor's Pick