What to Know About Paisley Park, Where Prince Died

The studio residence where Prince was found dead on Thursday has always been hard to define, but exciting to describe.

Though he kept residence elsewhere as well, Paisley Park Studios outside Minneapolis long served as the central location for Prince’s work. But Paisley Park wasn’t just for him: TIME noted in 1990 that the artist’s choice to center his production in Minnesota effectively put the state’s music scene on the map at the time of its construction in 1986. Prince conceptualized the music haven, and paid for it to be built in Chanhassen, Minn.

Prince’s office featured stained glass doors and a wall elsewhere featured a highly-placed illustration of his eyes with a “godlike sunburst” beaming from in between them, according to a later TIME article. There was also a large glass pyramid on top of the facility that glowed purple whenever he was in the building.

Prince recorded nearly 30 albums at Paisley Park Studios after 1987. He was 57 when he died. 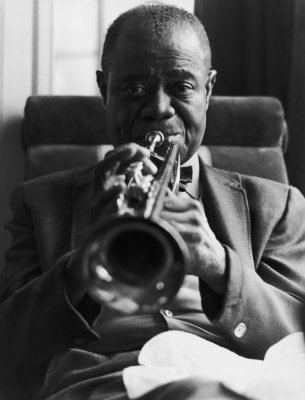 Check Out This Rare Footage of Louis Armstrong in Studio
Next Up: Editor's Pick