These Are the Genes Behind Healthy Aging

Most studies about disease focus on people who are sick, since people with a disease are very likely to show whatever genetic or other biological changes are responsible for their condition.

But researchers are starting to find the flip side to that strategy attractive — studying people, rare though they might be, who have whatever changes are responsible for disease but somehow don’t get sick. Could they provide clues about how they’re able to overcome their biological condition and remain healthy despite being dealt a bad biological hand?

That’s the question that Dr. Eric Topol, director of the Scripps Translational Science Institute, and his colleagues wanted to investigate for healthy aging. While certain diseases such as heart problems, cancer, dementia and diabetes are more common with age, there are some people who remain remarkably immune to their effects and who are able to stay intellectually sharp and physically robust well into their 80s, 90s and even 100s. Topol and his team enrolled a group of these people they called the Wellderly: those older than 80 years with no chronic diseases and who did not take any medications for chronic illnesses. Of the 1,354 people in the study, 511 had their entire genomes sequenced, and over eight years, the researchers performed in-depth analysis of their DNA and compared their results to those from similarly aged people who did have the typical chronic diseases associated with aging.

Read More: The Cure for Aging

To their surprise, Topol’s group reports in the journal Cell that it wasn’t genes associated with long life that set the Wellderly apart. In fact, there was little correlation between the genes that had already been identified as contributors to longevity and the genes that distinguish the Wellderly, who live long but are also relatively free of disease. “The healthy aging really seems to be a separate group that stay free of chronic disease versus the man-made long-lived person who may have a heavy chronic disease burden but is being kept alive with modern medicine,” says Topol. “We thought there would be a lot of overlap, but there wasn’t.”

What did set the Wellderly apart was a set of genes that related to their cognitive function. They were less likely to have the deleterious form of the ApoE gene that is linked to a higher risk of Alzheimer’s disease. They also found, however, that this group had higher rates of a rare variant of a gene that secretes proteins in the brain attracted to amyloid. Amyloid is the protein that builds up abnormally in the brains of Alzheimer’s patients, so this version of the gene is now an appealing target for some type of protective factor that may sponge up damaging amyloid before it causes Alzheimer’s. A drug that mimics the effects of this unusual form of the gene might be a way to help avoid Alzheimer’s.

But that’s just one way that people may be aging in good health. Topol says that it’s likely that for healthy aging, it’s necessary to both have genes that lower the risk of chronic diseases (such as avoiding the harmful form of ApoE) as well as having genes that confer some type of protection against the damaging effects of chronic illnesses (such as the newly identified and rare variant of the brain gene). “There are probably hundreds of protective variants,” he says.

What this study highlights is that the only way to identify them is to study people who age well, without disease, since some of the genetic contributions to their healthy state might be rare. It’s also important to conduct whole genome sequencing on these people to fully understand any useful clues their DNA may hold. “It’s like finding nature’s secrets to how people stay healthy,” says Topol. “Learning things from nature rather than mining libraries of molecules for potential healthy aging drugs seems like it can be highly constructive.” 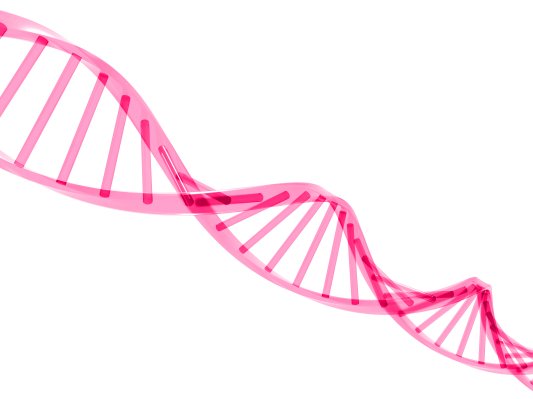 How Your Genes Can Influence When You Lose Your Virginity
Next Up: Editor's Pick