Brazil's President Will Seek International Support Against Her Impeachment

Facing growing calls for impeachment in her home country, beleaguered Brazilian President Dilma Rousseff will travel to New York City this Friday in search of international support at the U.N.

Rousseff will make a case for herself at the U.N. and condemn what she refers to as “a coup d’état without weapons,” Reuters quoted her aides as saying. The South American leader has also said that her impeachment, officially endorsed by the lower house of Brazil’s parliament in a Sunday vote, is driven in part by sexism.

The impeachment motion will now pass to the Brazilian Senate. If it is approved by simple majority, the motion could see Rousseff put on trial and forced to step down within weeks.

The embattled leader faces charges of breaking budgetary laws, which, her accusers say, lowered the budget deficit artificially during her re-election campaign. 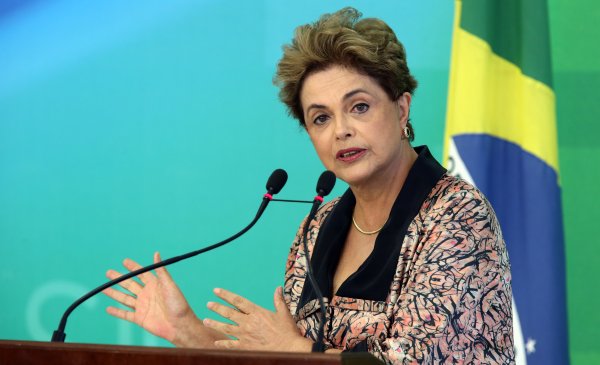