Brigham Young University students protested Wednesday after they say a sexual-assault victim was mistreated by the school.

Sophomore Madi Barney reported the alleged assault to Provo, Utah, police last year and later heard from campus officials, according to the Guardian, saying that she had violated the school’s honor code.

Barney drafted a petition, which has over 92,000 signatures, that demanded BYU exempt victims of sexual assault from the school’s honor code. Protesters planned to deliver the petition to school officials Wednesday.

Barney says she has faced hardships since the incident and was prevented from registering for her classes next semester and from dropping a few courses that she had fallen behind in during the course of the investigation. In a Facebook post prior to Wednesday’s protest, she added that reporting sexual assault should not be a difficult process for survivors.

“Nothing a survivor does makes rape or any sexual assault OK,” Barney wrote. “By investigating victims for violations of the honor code, BYU is revictimizing those who come forward and blaming them for what happened.”

“Sometimes in the course of an investigation, facts come to light that a victim has engaged in prior Honor Code violations. The university recognizes the inherent tension, in some circumstances, in these two important parts of BYU’s efforts to create and maintain an atmosphere consistent with the ideals and principles of the Church,” Worthen said. “In all Honor Code proceedings, the university strives for fairness, sensitivity and compassion, taking into account all mitigating facts and circumstances.” 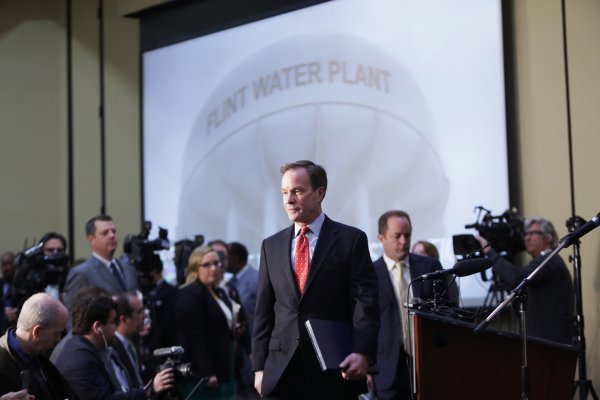 'Highly Unusual' Charges in Flint
Next Up: Editor's Pick