Where the $300 Billion Counter-Terror Industry Sells Its Wares

An axe and the effect it has on ballistic glass is displayed during the "Security and Counter Terror Expo" at the Olympia centre in west London on April 19, 2016.
Leon Neal—AFP/Getty Images
By Tara John

For individuals or governments in the market for ‘mob tested’ perimeter fencing or thermal imaging radar systems, a bazaar in London this week provided a place to go shopping.

The Security and Counter Terror Expo (SCTX) in Kensington, London held on April 19-20 showed off the latest in every conceivable form of counter-terror technology, from facial-recognition software to medical countermeasures for biological weapons, which include anthrax vaccines and a wet-wipe like swab used to neutralize chemicals like mustard gas. The two-day event offered civilians a rare glimpse at the corporate side of national security.

Such products are now in high demand, with Europe on alert for attacks by Islamic State loyalists in the wake of deadly assaults in Paris and Brussels. Raili Maripuu, chief executive of privacy and technology company Whiterock, invited TIME onto a stand decorated with white pleather seats, a bar and a large flatscreen. The product they were launching, Mobilewatch, is an authorized phone surveillance tool that can locate and monitor cellphones and other mobile devices within a certain area. She says there has been a renewed interest in their products following the Paris attacks. “With mobile detection systems, you would know where they [terrorists] are.”

Now in its eighth year, SCTX was conceived following the deadly suicide bombings by Islamist extremists in central London in July 2005, event manager David Thomson tells TIME. After the British government revised its counter-terrorism strategy called CONTEST, the organizers saw an opportunity to cater to international governments and an increasingly worried private sector seeking to protect their assets. Today, the expo welcomes 10,000 estimated visitors and 270 exhibitors.

SCTX and its many rivals around the world serve a global national security market worth an estimated $300 billion, according to John Mueller, Woody Hayes Chair of National Security Studies at Ohio State University and co-author of Chasing Ghosts: The Policing of Terrorism. But that figure doesn’t take into account classified government costs and private sector spending, including security procedures in privately-run corporations, retail centers, airports, stadiums and other public places. The true total is likely much higher.

But is it too much? While terrorism incidents and fatalities globally have seen notable increases in recent years— deaths caused by attacks have risen from 3,361 in 2000 to more than 32,000 in 2014— the risk is still many times smaller than that posed by traffic accidents or when terrorism was at its peak in the 1970s with 1,019 attacks in Europe alone in 1979.

The odds of being killed or hurt in a terrorist attack are now vanishingly small in the U.K. and the U.S. According to Richard Barrett, former British intelligence officer now with the Soufan Group, from 2007 to 2011 there was a one in 20 million chance of dying in a terrorist attack in America. Even so, says Mueller, the counter-terror industry has grown from strength to strength. “The industry marches on, selling stuff to the government to deal with a hazard that kills on average 3 people a year.”

Chris Phillips, former head of U.K.’s National Counter Terrorism Security Office who now consults the private sector, says that even though the risks to your average Briton are lower than in the ’70s, the stakes have changed. “We have a slightly different threat today,” he says. “The IRA did not want to kill a lot of people but unfortunately Islamist terrorists do.”

He points out that terrorists today are equipped with more sophisticated weaponry than before, from synthesized biochemicals to launch poison attacks, to technology to wage cyberattacks on infrastructure or businesses. In response the industry has become more diverse and specialized; at SCTX, one can find companies like DeTect, a former bird radar manufacturer that moved into drone tracking over a year ago due to renewed fears of drones carrying bombs or targeting a plane.

That broadening of terrorism’s methodologies has created plenty of opportunities for entrepreneurs to make money, as the apparent success of SCTX makes clear (Thomson declined to put a figure on the expo’s revenue). But experts like Phillips say it’s a sensible tradeoff. A strike on “critical national infrastructure” such as nuclear or oil plants, the financial service sector, public water systems or emergency services could cripple the global economy, he says. Even a lone bomb on an airplane between the U.S. and Europe could cost the aviation industry billions. “Terrorism has a low likelihood but its impact is massive,” he says. “All that money put in helps prevent bigger things from happening.” 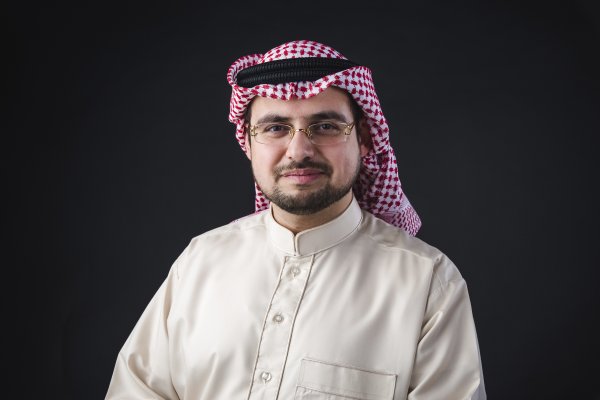 Former al-Qaeda Fighter Warns ISIS Would See Britain's Exit From Europe as a Victory
Next Up: Editor's Pick