In the summer of 2014, an international court of arbitration based in the Dutch city of the Hague issued an astounding ruling. The court ordered the government of Russia to pay $50 billion in damages to former shareholders of the Yukos oil company, which the Russian state had forced into bankruptcy, chopped into pieces and sold off to state-run firms in the mid-2000s. That legal assault had amounted to expropriation, according to the court’s decision at the time, by far the biggest the court of arbitration had ever handed down, and a major blow to Moscow.

Russia appealed to the District Court in the Hague — but it was clearly worried about the outcome. To plead its case, the Kremlin hired some of the best lawyers in the world. Its police had raided homes in Moscow looking for useful evidence. The stakes were high. If the court had ruled against the Kremlin, bailiffs would be able to continue seizing Russian state property, from real estate and bank accounts to works of art, as part of a global hunt to collect the damages.

“Our arguments are watertight,” Andrei Kondakov, the coordinator of the legal team representing Russia, told TIME a couple of days before the ruling. “But we could lose.”

Instead, the court on Wednesday handed Russia a remarkable win. It overturned the original ruling on a technicality, thus granting Russia’s appeal. “We don’t have to pay a single penny to this bunch of guys,” Kondakov told reporters after the ruling. Well, at least not until the Yukos shareholders file another set of appeals, as they’ve already promised to do.

“The court has misapplied the law,” Tim Osborne, the head of their legal team, said at a press conference on Wednesday. But even as the fight over the Yukos fortune continues in the courts, Russia can claim a powerful victory, one that could help the state win similar challenges to its wealth — and its reputation — around the world.

Before Wednesday’s ruling, the Kremlin had been preparing for a much more difficult fight. In response to the $50 billion judgment in 2014, it refused to pay the damages to Yukos shareholders, who then retaliated by trying to seize Russian state assets around the world. Last summer, courts in France and Belgium agreed to freeze dozens of Russian bank accounts and properties as a means of collecting the debt. Moscow was furious.

Anything belonging to the state, with the exception of embassies and other diplomatic property, was potentially subject to seizure on foreign soil. So Russia had to think twice about sending planes to foreign air shows, for instance, or lending art to foreign museums. Russia fought back — after the asset freezes in France and Belgium, Moscow threatened to retaliate against any country that tried to enforce the debt to Yukos shareholders. In November, Putin even signed a new law that would allow his government to carry out tit-for-tat confiscations of foreign assets on Russian soil.

But for Putin, this saga is about much more than money. The Yukos affair is a personal grudge, one that began soon after he came to power in 2000. In one of his first acts as President, he set out to check the power of the billionaire class of plutocrats that had effectively bought up control of the country’s economy during the privatization wave in the 1990s. Putin’s arrival meant the rules of business would change. During a series of meetings, he told the oligarchs that they could keep the oil fields, mines and factories they had purchased from the state on the cheap before he came to power. But they had to recognize Putin’s authority as standing well above their own.

“He was a black box, no one knew what was inside,” recalls Sergei Pugachev, the oligarch who helped arrange the first meeting with Putin. The better to get his message across, Putin decided to hold that meeting at the former dacha of the Soviet dictator Josef Stalin. Most of them got the message, Pugachev, who now lives in exile in London, told TIME in 2014. “‘He took us to Stalin’s dacha,’” he remembers one of the other guests saying that day. “‘It’s enough that he let us leave.’”

Read More: The U.S. and Russia Want the Draft of a New Syrian Constitution by August

At the time, the wealthiest among the oligarchs was Mikhail Khodorkovsky, who was worth about $15 billion. With the help of his connections in the youth league of the Soviet Communist Party, he had started in business early, selling personal computers before most Soviet citizens had ever heard of them. As post-Soviet Russia transitioned to capitalism in the early 1990s, he amassed enough money to start buying up the choicest oil fields that the nearly bankrupt Russian state could offer. These formed the basis of the Yukos oil empire — and secured his position as the most powerful tycoon in the country by the time Putin arrived in the Kremlin.

When TIME interviewed him in 2014, Khodorkovsky also recalled that first meeting with Putin, though not quite the same way that Pugachev does. For one thing, Khodorkovsky was not intimidated. “Maybe now [Putin] talks in the language of ultimatums. But at the time it was all very polite,” he told me. “Still, we understood that we were dealing with the head of the country, who has a lot more authority [in Russia] than the American President. And we, the big businessmen, may have some powers. But compared to those of the head of state, they are practically zero.”

Still, the head of Yukos did not behave as modestly — or as cautiously — as the others. In the years that followed Putin’s ascent to power, Khodorkovsky began negotiating deals with foreign companies, including U.S. oil concerns, that would have threatened the state’s effective monopoly on the export of oil — by far the most valuable of Russia’s natural resources. He also began funding opposition parties and discussing an eventual run for the presidency. Putin did not take kindly to such ambitions.

The conflict between them came to a head in 2003, when Russian commandos arrested Khodorkovsky on the tarmac of a Siberian airport and took him to jail to face charges of fraud, which he denied. His oil company was hit with so many tax claims that it was forced to enter bankruptcy. Over the next few years, the authorities sold off Yukos’ most valuable assets and oil fields to state-controlled firms run by Putin’s close associates.

The question now at the center of the lawsuits in the Hague is whether that assault on Yukos was legal. In awarding damages of $50 billion two years ago, the tribunal ruled that the actions of the Russian state were “equivalent to expropriation” in the Yukos case. Kondakov, the lawyer representing the Russian state, denies that Khodorkovsky and his firm were “singled out and targeted” by the authorities.

In the 1990s, many of the oligarchs became vastly rich through the purchase of state assets, Kondakov argues. “Everyone got away with those auctions, but then you were given a chance,” he says by phone from Moscow, referring to the opportunity Putin gave the oligarchs to start paying their taxes and falling into line. “So it’s not about others getting away. It’s about how you behave after you’re given a once-in-a-lifetime, unique chance to acquire a very pricey asset for a very negligible amount of money.”

But whatever money Khodorkovsky may have saved in the purchase of his oil wells, he paid for it dearly in prison. At one point in 2006, his cellmate in a Siberian penal colony tried to stab him in the eye while he was sleeping. He was often held in solitary confinement and was forced to work sewing uniforms for the police. Only after 10 years of incarceration, when Khodorkovsky’s mother was gravely ill, Putin agreed to grant him a pardon — as long as he went into exile.

It did not take long for the President to regret that unusual act of clemency. Within a year of his release in December 2013, Khodorkovsky began openly calling for a revolution against Putin’s rule. Using the money he had stashed in foreign banks before his arrest, he also began to support the opposition movement in Russia and bankroll candidates in Russian elections. With their $50 billion judgment from the Hague, his former partners in the oil business began chasing Russian assets around the world. “We are not hiding from anyone,” Kondakov insisted at the time. “We are not running from any regular operation of the state.”

But the state did step up its hunt for evidence against Khodorkovsky in Russia. A few days before Christmas, police raided the offices of his activist group in Moscow, as well as the homes of his spokeswoman, several of his employees and their relatives. Investigators said the raids were linked to another case of “illegal privatization” of assets in the 1990s, this time involving a fertilizer and mining company.

In some cases, though, such evidence can be useful in defending Russia against the Yukos shareholders, says Kondakov. “Those things are done in parallel,” he says when asked about the apartments raided in December. He was not aware of any useful material gathered by police in those particular searches. But in fighting the enforcement of the judgment in the Hague, Russian security services have opened their troves of documents on Yukos to the government’s lawyers — including the high-priced American firm White & Case. “We are thankful to both the office of the procurator general and the Russian Investigative Committee for opening their files, providing access for our lawyers,” Kondakov tells TIME.

Those files may yet come in handy. After Wednesday’s ruling in the Hague, the Yukos shareholders pledged to appeal all the way up to the Dutch Supreme Court, which may yet decide to uphold the $50 billion in damages. Their race to grab Russian state assets would then be back on.

Khodorkovsky will be watching from the sidelines. Soon after his arrest in 2003, he transferred his stake in the Yukos oil empire to his partners. So he doesn’t have much to gain, at least financially, from the litigation in the Hague. “Even without me, no one will give them any peace on this issue,” he told me with a smile soon after his release. For his part, he plans to continue his crusade against Putin for as long as it takes to unseat him. “My friends will continue their resistance,” he wrote on Twitter after Wednesday’s ruling, referring to the Yukos shareholders. “I’ll keep going for regime change by other means.” 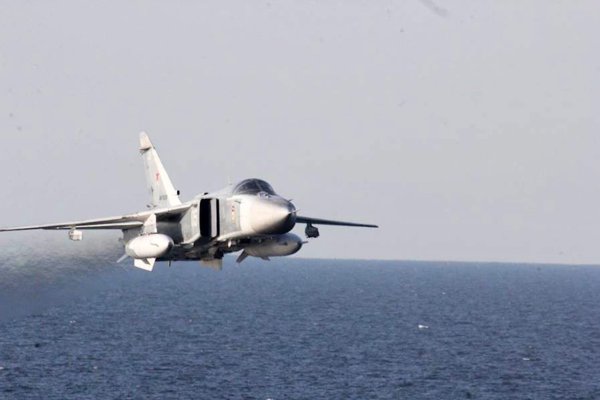