Let Cersei Reign on the New Season of Game of Thrones

The most memorable single scene on the last season of Game of Thrones—give or take a Jon Snow stabbing—was the one in which Cersei took the most laborious walk of shame in the history of Westeros. Punished by the religious extremists who’ve consolidated their power over the people and the state, the queen regent was shorn of her hair, stripped of her clothes, and forced to stagger through the streets as her subjects spouted invective and hurled rotten vegetables and excrement at her. By journey’s end, Cersei’s feet were bleeding, and she was brought to her knees by the very people she spent her entire life ruling over from a contemptuous distance.

It was a tour de force of acting, body double or no—who cares how the whole thing came together, when Headey’s remarkable emotional range, from annoyance to rage to crushing pain, was so vividly on display? I’d have given Headey the Emmy for dramatic supporting actress, for which she’s been nominated twice, last year. But with no real knowledge other than memory of how the show tends to treat its female characters, I’m concerned Headey won’t be given the material to merit awards consideration, or viewer attention, this time around.

Game of Thrones, to its immense credit, has several terrifically interesting female characters. But for these characters, one degradation tends to follow another. Sansa Stark, played by Sophie Turner, should be considered Exhibit A: The point that Sansa was undergoing a horrifically painful trauma was made well even before she was raped last season—and that was a very slow four episodes before she finally escaped her imprisonment. It’s not that any one component part of Sansa’s struggle was over the line, but the cumulative effect of so much maltreatment came to look like the show was reveling in bringing this young woman low.

Game of Thrones‘ very slow movement tends to privilege storylines in which the worst of human nature asserts itself over. And over. And over. Many viewers of the series, this one included, believe that its endgame is to bring Daenerys (Emilia Clarke) to power. In the meantime, though, she’s repeatedly learned not merely that ruling is hard but that men are untrustworthy, capricious and cruel. The fact that the show is slated to run at least three more seasons would seem to indicate Daenerys will have many more opportunities to learn from bitter experience.

This all serves to raise concerns that Cersei won’t snap back to her queenly self anytime soon. Yes, she’s been through a traumatic experience, and probing the aftereffects of trauma is something the best of TV can do uniquely well. People change as a result of personal tragedy, but forcing the show’s reigning avatar of unapologetic power-hungriness to play out another storyline about a woman victimized by men feels like a missed opportunity. Cersei has, over the course of the show’s first five seasons, played so many shades of disdain, of avarice, and of simple hatred that I’d like to believe she’ll be able to turn her walk of shame into a stride of pride.

It’s all speculative, of course; no one but President Obama has access to the sixth season. But as hypothetical stories go, a Cersei bent on revenge against her tormentors seems infinitely more watchable than a Cersei humbled. There’s already more than enough humbling going on in Westeros, after all. 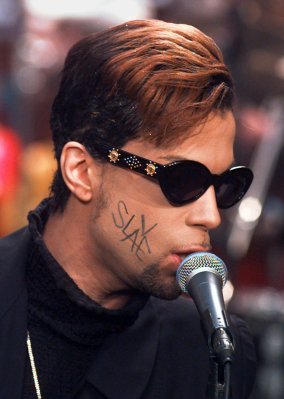 How Prince Pioneered the Future of the Music Biz
Next Up: Editor's Pick