Facing the prospect of its first contested convention in four decades, the Republican Party is exploring the possibility of using electronic voting in Cleveland this year.

The electronic system, which is still undergoing testing, could end the convention tradition of voice votes or state-by-state roll calls using microphones spread through the convention floor. Provisions for electronic voting have been in the party rules for several conventions, but it has never been deployed in practice.

The organizers of the Republican National Convention and staff members of the Republican National Committee have settled on Texas-based digital firm Pixl to provide the potential voting system in hopes of speeding up and ensuring the accuracy of procedural votes on the convention floor, a spokesperson said. Members of the RNC’s committee on arrangements will receive a briefing and a hands-on demonstration of the system Wednesday, and representatives of campaigns will have the opportunity to test it out as well.

Under current RNC rules, the system—which uses dedicated devices for voting—couldn’t be used for the nominating votes for the presidential and vice presidential nominees. But two members of the committee on arrangements said if the demonstrations prove successful, they would consider amending the bylaws to allow electronic balloting in all instances—which would streamline the process should the presidential nomination go to several ballots.

In previous conventions, contentious rules and credentials issues have been handled by voice vote, and sometimes by time-consuming roll-calls. The new system, in theory, would allow the convention to count votes accurately without the time necessary for a traditional roll call.

Officials emphasized that they are still working through security and technical challenges with the system, and a final decision on whether to use it will come in the coming weeks. “With advancements in technology we are taking steps to see if electronic voting can be successful for procedural votes at the convention,” said GOP convention spokesperson Kirsten Kukowski. “If we can answer several questions from technology to security and be sure we can be successful we will.” 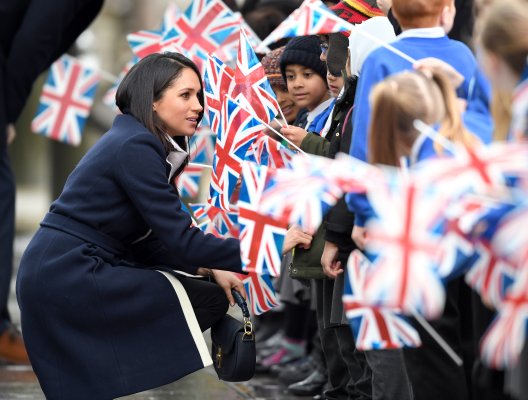 Harry and Meghan's Wedding Is a Reminder That Britain Doesn't Need the Royals
Next Up: Editor's Pick