Tuesday produced the expected victories for front-runners Hillary Clinton and Donald Trump in New York, but the margins exceeded expectations, providing each with a much-needed boost going into the final stretch of the nominating calendar. For Clinton, the 16-percentage point margin of victory further padded her considerable lead in the delegate count, while raising doubts about rival Bernie Sanders‘ performance in the coming Northeastern contests. Sanders’ path to the Democratic nomination is all-but closed, requiring massive wins in the coming races that he won’t get. The Clinton campaign’s frustration with Sanders after the bitter New York race is palpable, with fears that the further elongation of the primary only helps the eventual Republican nominee. Sanders’ campaign, on its part, has said it will reassess its options after the contests next week in Connecticut, Pennsylvania and Rhode Island.

Trump’s rout of the divided GOP field keeps hope alive of securing the required 1,237 delegates before the Cleveland convention. He still must win about 57% of the remaining delegates, though his finish in New York is a positive sign for his performance in the coming contests. Pitfalls remain for Trump, as hundreds of delegates pledged to him will likely be loyal to other candidates, meaning should he fall short on the first ballot he likely would never win. Additionally, Pennsylvania’s unique system of electing unbound delegates directly on the ballot in each congressional district poses an organizational challenge to a campaign that has failed many this cycle.

John Kasich and Ted Cruz are now both mathematically eliminated from winning the nomination on the first ballot — though they’ve been realistically out of that running for weeks. Their only hope is to keep Trump away from the majority on the first ballot. On Wednesday, they and their teams are briefing the 168 members of the Republican National Committee in Florida on how they see their path going forward. Trump’s team will also be on site in an effort to woo the automatic convention delegates.

Paul Ryan’s House of Woes
Almost six months into the job, the new speaker is struggling to advance an agenda [Politico]

“The so-called Goofy Uncle Joe — if you notice, I beat every Republican in every poll when they thought I was running. You notice that my favorability was higher than anybody that’s running for office in either party.” — VP Joe Biden to CNBC on his public alter-ego

“Well, first of all, in case anybody gets confused, I’m not endorsing Ted Cruz. I hate Ted Cruz. And I think I’ll take cyanide if he got the nomination.” — New York Congressman Peter King to MSNBC

Treasury Secretary Wanted Susan B. Anthony on the $10 Bill [TIME]

Biden to Critics: We Had 8 Atom Bombs Land on Our Desk [CNBC] 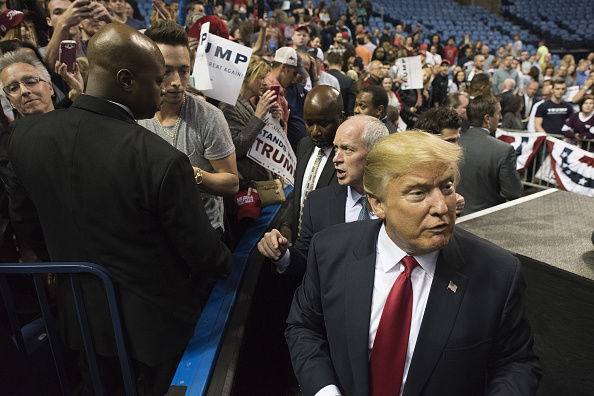 Republicans Turn Up the Charm on GOP Officials
Next Up: Editor's Pick