Brazil's President Dilma Rousseff speaks to members of the foreign press in Brasília, on April 19, 2016
Bloomberg/Getty Images
By Mark Rivett-Carnac

“There has been, mixed in all of this, a large amount of prejudice against women,” Rousseff said at a press conference, according to Reuters.

The country’s first female President said the move to dismiss her had no legal basis, after the male-majority lower house of Congress helped clear the way to her impeachment in a Sunday vote.

The case heads to the Senate next, Reuters reports. Barring a delay, the opposition is expected to secure a majority Senate vote, which would lead to Rousseff’s suspension and trial. She faces charges of breaking budgetary laws, which allegedly lowered the budget deficit artificially during her re-election campaign. 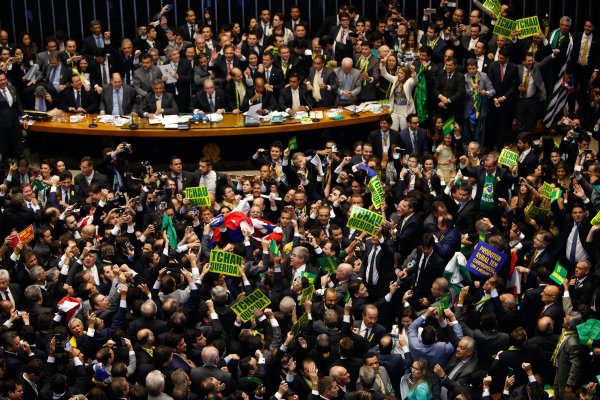