It took long enough to get here, but Star Fox Zero for Nintendo’s beleaguered Wii U finally arrives April 22 with newfangled controls as divisive as expected. It’s better than you’ve heard, and that’s partly because it’s bolder than anyone imagined—just not in the ways Star Fox nostalgists were hoping.

The Star Fox games were never much for story: some earnest animals in spaceships battles with geometric enemies in space or on the ground capped by maniacal, bodiless villains. It’s Nintendo’s Thunderbirds-Star Wars hybrid set on a polyhedral brick road to The Wizard of Oz‘s giant floating head. Players snapped up the 1993 original for its showcase Super FX graphics, then 1997’s Star Fox 64 for iterative technical innovations like full speech and a controller add-on that rumbled when players took damage.

Nintendo bills Star Fox Zero as “Star Fox 64 reimagined,” which is another way of saying they had to make the retelling work with the Wii U’s dual screen approach and motion controls. It’s a function-follows-form thing from a company obsessed with design holism—that the gameplay should proceed from the interface. Thus instead of playing on a single screen, Nintendo splits your gaze between the TV and Wii U GamePad, then further splits the way you maneuver vehicles and aim their weapons.

It’s a lot to chew on. Or, rather, fiddle with. On the TV, the camera hovers behind vehicles, letting players take in the field of battle and lock onto targeted enemies. On the GamePad, you’re stuck in the vehicle cockpit face-forward, but able to more ably aim and fire. In both views, players maneuver with the thumbsticks and target enemies by tilting the GamePad, so you can shoot in one direction while flying in another.

At first it feels wonky, like air-steering to control the actual steering wheel that drives the car. Years of playing games where you aim in the direction your vehicle’s pointed means you’ll probably fight Star Fox Zero at first. It’s a perfectly natural response, since Nintendo’s flouting decades of ingrained wisdom about how to control a vehicle in three dimensions.

The difficulty lessens once you surrender to the game’s terms, but then those terms go and pull the rug out from under you. Just as you’re coming to grips with the standard Arwing space fighter, you’re jostled to another vehicle, and then another, the design team piling lesson upon lesson with little review or reinforcement. It’s like being with an over-enthusiastic kid who can’t wait to show you all his toys. In this case, bipedal robots, hovering tanks and gyrocopters with tiny sleuthing droids on retractable tethers. They’re each unique enough that mastering one only marginally informs your facility with the next—a barrage of disparity that feels like a misstep.

I managed to stagger through the early Arwing levels more by luck than skill, graduating to the Walker, a new vehicle the Arwing can change into that looks and moves like a chicken. The Walker is Nintendo’s way of slowing things down and letting you play the game as a third-person shooter, landing on a capital ship, for instance, then sneaking inside its air-shaft-like passageways to wreak havoc.

But driving the thing feels like wrestling a drunken ostrich, the controls for moving, strafing and aiming weirdly balkanized. I died, then died some more. It doesn’t help that the designers mapped special moves to different directional flicks of the thumbstick. The idea’s that this makes them easier to pull off, but it winds up increasing the likelihood you’ll accidentally zig when a life-or-death situation depends on a zag.

The Walker nearly put me off the game entirely. Then something clicked during a followup space duel, where I’d been struggling to line up enemies in hot pursuit long enough to take aim and do damage. I was using the TV view to shake a bogey and put some distance between us, then pivot my ship to confront it head-on. But aiming and firing in TV view is unwieldy because the camera’s locked to your pursuer. So I took a stab at firing from the GamePad screen’s cockpit instead.

Not only did that work wonders, after a few go-rounds (and confident victories after a parade of losses), I realized I was playing a jousting mini-game deftly folded into an arena-style space battle, using one screen to set up the other. And that’s where Star Fox Zero shifted from what had seemed perplexing and gimmicky to something thoughtful, actually master-able and finally fun.

I’m not saying a light switch flips and everything’s hunky dory—I’m still barely competent with the Walker, the hypothetically smartest yet operatively weakest idea in the game. But the levels built around the multimode tank vehicle (it can now briefly fly) and Gyrocopter are a blast, encouraging multi-screen strategies that hew to classic Nintendo “zap the blinking spot on an enemy” principles.

The Gyrocopter’s arguably Star Fox Zero‘s best idea, used in slower-paced stealth missions where players have to avoid enemy searchlights and locate hidey-holes, then deploy a tiny exploratory droid on a cable, which you then control from the GamePad screen. It’s the ideal two-screen setup. Give the droid more to do, and the Gyrocopter could have been a game unto itself.

I just wish it felt like a cohesive experience and not a bunch of polished demos for different control interfaces. I’ve rarely been as simultaneously frustrated, startled by and, for fleeting moments, exhilarated with an interface. It’s a measure of all that’s right and wrong with Star Fox Zero that you’ll probably have all three reactions as you play.

Review on Wii U 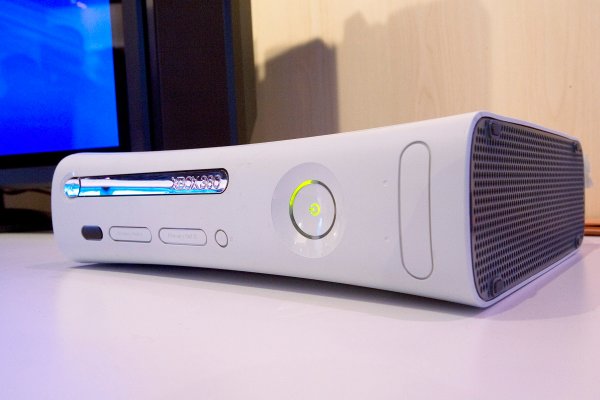 Microsoft Is Officially Killing Off the Xbox 360
Next Up: Editor's Pick