By Center for Public Integrity / Dave Levinthal and Michael Beckel

The New York presidential primary is a study in contrasts for underdogs.

Democratic presidential candidate Bernie Sanders is outspending rival Hillary Clinton on the airwaves in New York and hoping for an upset. Republicans Ted Cruz and John Kasich, meanwhile, have all but left the Empire State to GOP front-runner Donald Trump.

Cruz and Kasich, along with their supportive super PACs, spent just $1.1 million on television and radio advertisements in the state ahead of today’s election, according to data from The Tracking Firm, a nonpartisan media tracking company headquartered in Washington, D.C.

All the while Trump — who has benefited from a large volume of free, “earned media” — did not air a single TV ad and spent a paltry $67,000 on radio ads in New York.

By contrast, Sanders spent more than $6.8 million on television and radio ads in New York, according to data provided to the Center for Public Integrity by The Tracking Firm — about $3 million more than Clinton.

For Cruz and Kasich, their lack of ad spending is somewhat curious given that New York’s Republican primary allows also-rans to win some of the state’s 95 available delegates.

For example: If Trump fails to win 50 percent or more of the vote statewide, Cruz and/or Kasich could pick up a few of the 14 statewide delegates up for grabs.

The fewer delegates Trump wins in New York, the greater chance he doesn’t obtain the 1,237 delegates he needs to secure his party’s nomination heading into the Republican National Convention and avoid multiple ballots where his delegates might defect to Cruz or Kasich.

Such a “contested convention” scenario could be disastrous for Trump — and political salvation for Cruz or Kasich, whose only realistic chance of winning the Republican nomination comes via this route.

Tim Kay, the director of political strategy at advertising firm NCC Media, said he was not surprised to see a “certain amount of concession” by Trump’s rivals in New York, given that it is Trump’s home state.

“There are other states in play,” Kay continued, adding that there will be contests held next week in several states, including Delaware, Maryland and delegate-rich Pennsylvania.

One pro-Cruz super PAC — Trusted Leadership PAC — spent about $430,000 on cable TV and radio ads targeting primary voters in New York, according to data from The Tracking Firm. Filings with the Federal Election Commission show the super PAC spent an additional $110,000 on digital ads and telephone calls.

While not a massive sum, Kellyanne Conway — who leads Keep the Promise I, another pro-Cruz super PAC affiliated with Trusted Leadership PAC — said it’s plenty to help bolster Cruz’s cause.

“We intend to get in the way of a Trump sweep in New York,” Conway told the Center for Public Integrity.

She added that the super PAC’s efforts in New York have forced Trump to spend time and resources in his home state — instead of using them elsewhere.

Officials at pro-Kasich super PACs New Day Independent Media Committee and New Day for America, which together spent about $440,000 on TV ads in New York, did not return requests for comment. But the Kasich campaign itself flashed optimism.

“[T]he latest polls show that we have a real chance to gather some delegates today,” Kasich strategist John Weaver wrote supporters in a fundraising email today.

The Democrats’ air war in New York is decidedly more lively, as Sanders continues his quest to catch Clinton, who’s opened up a wide delegate lead despite a string of recent Sanders’ victories.

During the past two weeks since Sanders’ win in the Wisconsin presidential primary, his campaign aired about 22,300 broadcast and cable TV ads targeting New York voters, according to a Center for Public Integrity analysis of data provided by ad tracking firms Kantar Media/CMAG and NCC Media.

That’s an average of one ad every minute.

Meanwhile, Clinton’s campaign aired about 12,700 TV ads in New York during the same period — about three ads every five minutes, on average. The super PACs supporting her have stayed quiet.

Sanders, however, is fighting an uphill battle. Even if he wins the primary, it would do little to reel Clinton back into range in the delegate race.

In a sign that Sanders does not plan to withdraw from the presidential race, no matter how he performs in New York’s primary, his campaign is already airing ads in Indiana, which conducts its primary on May 3.

Both Sanders and Clinton are also already airing ads in Connecticut, Maryland, Pennsylvania and Rhode Island, which all conduct primary elections next Tuesday. 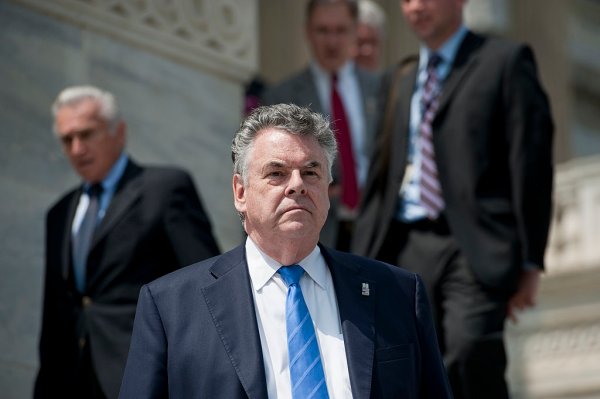