Why We Need to Reclaim the Word 'Female'

As an author of a new book on women, Broad Influence: How Women Are Changing the Way America Works, I’ve often used the term female to describe women in the workforce: female lawmakers, female voters, female police officers, etc. I did this because to say “women [insert X noun]” would be grammatically incorrect: women or woman are nouns, while female is an adjective that modifies a noun.

So, I was surprised postpublication to see some feminists take exception to my usage of the word female. Turns out, particularly in African-American circles, the word female has become a pejorative: links to a female dog, and thus shorthand for bitch.

“The mind-set that also turns a simple question, ‘Where are you from?’ into a purported racist/nationalist attack. Female, it appears, must now be assumed to reference female dog and thus the slang pejorative for women, used since the 15th century, of bitch,” says slang lexicographer Jonathan Green. “Indeed, if we are to pursue that line, it might simply link to dog another antiwoman term, though more recent.”

Green and other linguists have long documented the innate misogyny of slang, where thousands of disparaging terms for women have proliferated over the years, with scant male equivalents. Indeed, the Oxford English Dictionary (OED) lists “female” as a disparaging term for men:

The OED goes on to note that since 1400, female has occasionally been used to describe one’s mistress, which could be seen as pejorative — as a sex object. As Katherine Martin, head of U.S. dictionaries at Oxford University Press, points out the term female has had depreciative connotations for longer than one might expect. She cites the OED’s original entry for female in 1895, in which the editors described its usage as “now commonly avoided by good writers, exc. with contemptuous implication.”

Robin Lakoff, a linguistics professor at the University of California at Berkeley, says that female has always been a bad word, “maybe it’s just now becoming more explicitly recognized.” A female can be any species, Lakoff argues, but only a human can be a woman, so to refer to a woman as a female “is to subtly downgrade her to a lower mammalian status, rather like calling a guy an ‘ape,’” Lakoff says. That said, “to be able to call a guy an ape is possible only when he is a particular kind of guy — clumsy, brutish, etc. But any woman can be called, disparagingly, a ‘female’ just because of the chromosome thing. Same with the very bad c-word, vs. what ought to be parallel, prick, or dick. Any woman can get those words applied to her by the average misogynist, and makes no reference to any specific qualities other than femaleness. But to be one of the male words, a guy has to be obnoxious.”

Others have argued that the simple distinction is sexist: a female lawmaker vs. simply a lawmaker, a female doctor vs. a doctor, etc. In 1965, the Chicago Tribune ran a story titled “The Fall of ‘Female,’” documenting the crimes of the word going as far back as the 1850s. But when writing about women, it is often important to make the distinction: female voters have swung every election since Ronald Reagan, for example, or it was the female Senators who ended the government shutdown when their male colleagues wouldn’t talk to each other. So what is one to do?

The simple solution seems to be to turn woman/women into an adjective: women Senators, women executives, a woman President. But I would argue that by allowing virtually every word that can be applied to women, except women, as negative we are helping men box us in with their “male gaze” of the English language, as Green puts it. The title of my book is Broad Influence, an obvious double entendre. The word broad was once a pejorative for women dating back to Dickensian times. It came from the fact that women had broad hips and it was so loathed that feminists successfully lobbied the Olympics to change the name of the “broad jump” to the “long jump” in the 1960s.

Of course women have broad hips, we bear children — a fact that we should celebrate, not denigrate. I like the idea that women have reclaimed this term in the modern era, not just in my book title but in a host of feminist usages: Fortune magazine’s Broadsheet newsletter and Vice’s Broadly channel and Comedy Central’s Broad City.

Broad isn’t the only word modern women are trying to reclaim. In 2014, Sheryl Sandberg of Lean In fame started a movement to take back the word bossy in an attempt to recast women leading as positive rather than negative.

Perhaps we should salvage other derogatory words, rather than allowing even the simplest of descriptions to be used against us, like female. “Language changes, and it is one of the joys of English in particular that it remains open to continuing development, and we must accept those changes, whether or not we agree with them,” Green notes. “If female is to become taboo, then so be it. But to me it seems excessive and absurd, and accept is not a synonym for agree.” And as the OED notes, disagree is synonymous with disapproval: 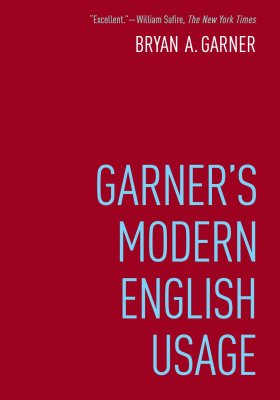 5 Words You Use All the Time That Were Once Totally Unacceptable
Next Up: Editor's Pick