Karlie Kloss Still Gets Nervous About Having Her Picture Taken

Karlie Kloss has been working as a model for 10 years, but the TIME 100 honoree says she still gets camera-shy.

“I’ve been on hundreds, maybe even thousands of photo shoots at this point,” she told TIME in an exclusive interview. “And I still get nervous. … Maybe that’s a good thing. I hope that never goes away.”

The model also spoke about who she looks up to in her career. “[Model] Christy Turlington is my mentor, and I’m lucky to call her my friend, as well. … The way that she balanced her education and her career is something I really admire. It gave me a lot of courage to do the same.”

Kloss, who recently launched a coding initiative for girls called Kode with Klossy, said she truly values the importance of education. “I just really have a curiosity, and I think that you can’t turn that off,” she said. “I learned a bit about the technology industry, and I wanted to learn how it all worked. So I started taking some coding classes, and that was really the beginning.”

Watch the video above, and read Kloss’s full entry, written by Diane von Furstenberg, over on TIME. 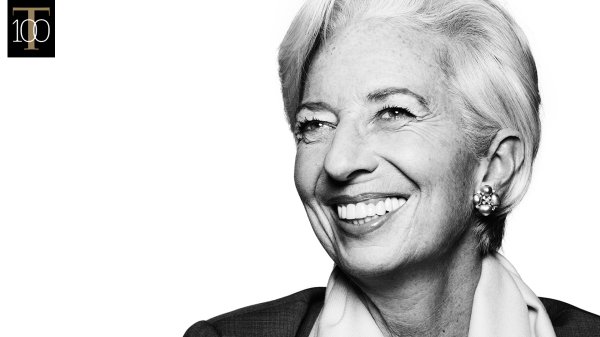 Christine Lagarde Calls Out People Who Use Double Standards
Next Up: Editor's Pick