How a Young Leonardo DiCaprio Predicted His Future

In February 1995, TIME introduced its readers to a new class of movie stars. “Generation X-Cellent,” as writer Ginia Bellafante called them, was “an appealing stable of new actors who stand in smart contrast to the so-called Brat Pack of the ‘80s.” Actors like Ethan Hawke, Uma Thurman, Winona Ryder, Brad Pitt and 2016 TIME 100 honoree Leonard DiCaprio were like “a fine lager next to the Brat Pack’s Bud Lite,” a cultured, cosmopolitan set who sought to differentiate themselves through nuanced and varied roles.

When he was interviewed for the article, DiCaprio was 20 years old, best known for his breakout role in the 1993 drama What’s Eating Gilbert Grape. The following year, he would capture teen hearts everywhere opposite Claire Danes in Baz Luhrmann’s Romeo + Juliet, and in 1997 Titanic would catapult him to megastardom.

But in 1995, DiCaprio was still in the process of arriving, and he was keenly aware of how smart he would have to be to get all the way there. He lamented the availability of interesting projects and explained that he was determined to find rare gems (an endeavor he would literally take on for the 2006 film Blood Diamond). “I don’t want to wake up in the morning and be bothered by a role I’ve chosen,” he said. “It’s almost like the scripts are repeating themselves. The ratio of bad ones to good ones is 50 to 1.”

Similar variations on the same sentiment were echoed throughout the piece by DiCaprio’s peers, who ascribed to their kind what Mary Louise Parker called “an earnestness, a desire to do good work.” These “alterna-stars,” as Bellafante dubbed them, weren’t as interested in the teenage angst explored in Pretty in Pink and The Breakfast Club as they were with the work of auteurs, or with pivoting swiftly between playing a mentally disabled child (DiCaprio’s role in Grape) and the French poet Arthur Rimbaud (whom he played in Total Eclipse).

DiCaprio’s discriminating nature has, clearly, turned out well for the actor, who won his first Academy Award in February, for The Revenant. Though his introduction to TIME’s readers two decades ago concluded with the notion that he and his fellow Gen-X actors weren’t quite ready to grow up, that question, to be sure, has long since been put to bed. 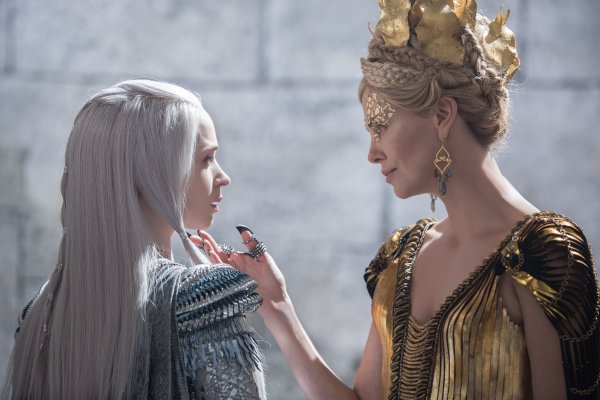