Nicki Minaj: Women Should Be 'Unapologetic' About Asking For More Money

As she has risen to fame as a rapper, Nicki Minaj has also become an outspoken advocate for equality. The Pinkprint artist has publicly voiced her opinions on racism, misogyny and sexuality throughout her career, particularly speaking out in support of female empowerment.

In a video interview with TIME, Minaj broaches the topic of equal pay, advising women to be direct about how much they feel they are due. “One thing I learned along the way in business is the necessity for you to be unapologetic about asking for how much money you deserve,” she says. “At a very early stage in my rap career, I was making six figures for shows…If I heard there was another rapper making that, I thought, ‘you know what? I get out there and demand or command a crowd. I get out there and make my fans happy. I get out there and give a real show. I want that, too.’ And I pushed myself to be better with my showmanship, but I also decided, you know what? I want to be compensated well.”

She encourages women to own their greatness and understand their professional worth. “I would tell women starting out in business, if you know you’re great at what you do, don’t ever be ashamed to ask for the top dollar in your field,” she says. “If I’m great at what I do, I can’t be denied. Some things may be overlooked but no one can deny my brand, and that’s the words of wisdom I would give to other young women.”

Minaj says her collaborations with Beyoncé’ have had particular influence. “Whenever I do something with her, I can feel the impact online and in the venue, wherever we are,” she says. “It just feels like young women are being empowered and inspired because I think it says a lot when you see two young women at the top of their field, whether they’re black or white, it just means a lot when you see them owning who they are and owning the business.” 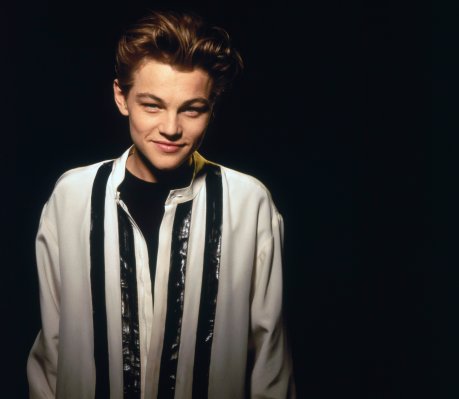 How a Young Leonardo DiCaprio Predicted His Future
Next Up: Editor's Pick