Senator Elizabeth Warren, a Democrat from Massachusetts, speaks during a U.S. Labor Department news conference at the Center for American Progress in Washington, D.C. on April 6, 2016.
Bloomberg—Bloomberg via Getty Images
By Melissa Chan

The Massachusetts lawmaker lambasted Cruz on Twitter for an apparent campaign email he sent to his supporters in which he “whined about facing constant attacks, nonexistent family time, limited health and sleep, and no personal time,” Warren said. “Are you kidding me, @TedCruz? We’re supposed to pity you because trying to be the leader of the free world is hard?! 2 words: Boo hoo,” she wrote in a series of tweets criticizing the Texas senator.

Warren also listed a group of “hardworking Americans” who she said were facing tougher struggles than Cruz, including Muslims, women and low-income families. “You chose to run for President, @TedCruz. You chose to make your ‘sacrifices.’ Working people don’t have a choice,” she tweeted. “Maybe you should spend less time complaining about your “significant sacrifices” — & more time doing something about theirs,” she wrote in another tweet.

Warren had called Trump a “loser” and compared him to “many of history’s worst authoritarians” in a tweetstorm in March.

Most Popular on TIME
1
Alleged Hunter Biden Emails Circulated in Ukraine: Exclusive
2
Muted Microphones and Lots of Interruptions: What To Watch In 2020’s Final Debate
3
COVID-19 Vaccines Should Be Available to the General Public by April 2021, Health Officials Say 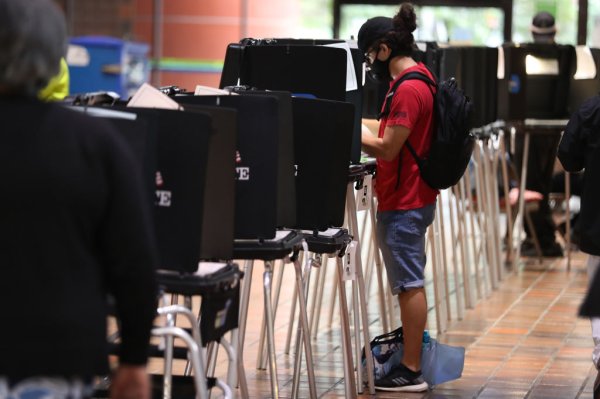