The measure calls for education and policy changes to stop pornography exposure and addiction, which the resolution says leads to the hypersexualization of teens, prostitution and cheating spouses, among other problems. “We realize this is a bold assertion and there are some out there who will disagree with us,” Herbert told reporters at a news conference, according to the Salt Lake Tribune. “We’re here to say it is, in fact, the full-fledged truth.”

The resolution was sponsored by Republican Sen. Todd Weiler, who had called pornography an “epidemic that is harming the citizens of Utah and the nation.” It states that pornography use is “linked to lessening desire in young men to marry, dissatisfaction in marriage, and infidelity” and that it “perpetuates a sexually toxic environment.”

Supporters of the resolution praised its passage while comparing the dangers of pornography to that of smoking. “I believe pornography will follow the trend of the tobacco industry in public perception,” Dawn Hawkins, executive director of the National Center on Sexual Exploitation, said in a statement. “Pornography today is pervasive and popular, similar to smoking in the 1950s, but as the harms become apparent, both the general public and elected officials will demand that a multi-disciplinary public health approach be implemented across the country to address it.” 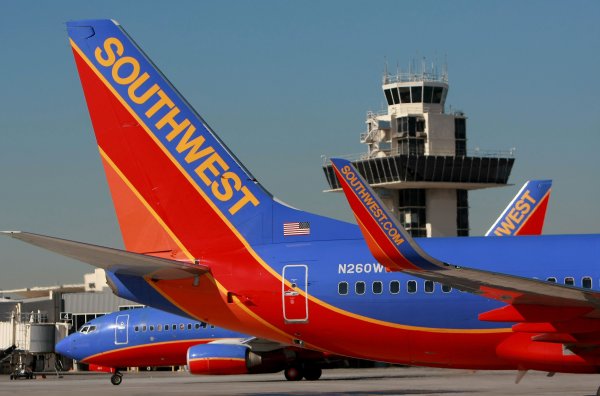 Airline: Passenger Wasn't Kicked Off for Speaking Arabic
Next Up: Editor's Pick