The Elvis of 1970—already paranoid and becoming more so, and losing some of the wattage of his glorious, youthful prime—is either a god or a joke depending on who you are, where you’re from and, maybe most important of all, the degree of pleasure you take in contradictions. As cultural critic Greil Marcus would write of him five years later, by which point his live performances had reached excesses that couldn’t be parodied, or dismissed, “Elvis is a man whose task it is to dramatize the fact of his existence.” The Elvis of the 1970s was a semi-mystical creation of his and our making, a self-invented being who reflected flashes of our own desire back at us. He was also a mess.

This was the Elvis who requested an audience with Richard Nixon, an event that has since has taken on mythical proportions, and which Liza Johnson (director of Return and Hateship, Loveship) has dramatized in her affectionate half-a-comedy Elvis & Nixon. Kevin Spacey plays Nixon, in the full flower of his pre-Watergate hubris, invincible and insecure, a terrible combination. Michael Shannon is Elvis, who, disturbed by what he sees as the breakdown of values among the youth of America, leaves his overfurnished Memphis mini-manse, Graceland, on a restless trek that takes him first to Los Angeles and then to Washington. En route, he writes a letter to the President, informing the Commander-in-Chief that he’ll be in town for a few days and would like to meet, the way you might make a coffee date with an only mildly important business associate. He also has a request that’s almost a command, King to Prez: He would like to be named a Federal Agent at Large for the Bureau of Narcotics and Dangerous Drugs.

Not that such a title even existed. Elvis & Nixon traces the wayward thread of how that meeting happened, or almost didn’t happen. Elvis associates Jerry Schilling and Sonny West (Alex Pettyfer and Johnny Knoxville) have the wearying job of seeing to the living legend’s every need, and also that of bracing him against disappointment if his request is rejected. On the presidential side, aides Egil Kroh and Dwight Chapin (Colin Hanks and Evan Peters), both of whom would later be implicated in the Watergate scandal, hustle to convince their skeptical boss that it would be in his best interest to meet with Elvis—or that it would at least be cool.

Written by Joey Sagal, Hanala Sagal and Cary Elwes, Elvis & Nixon sticks fairly close to the facts of the meeting, at least as they’ve been chronicled in Peter Guralnick’s Careless Love: The Unmaking of Elvis Presley, the second of Guralnick’s monumental two-volume Elvis biography. (Krogh also wrote his own account, in 1994, The Day Elvis Met Nixon.) The filmmakers embellish, by necessity, the specifics of the conversation, and what each man was thinking and feeling before, during and after the encounter. That’s where the problems creep in: When Shannon’s Elvis launches into an overthought soliloquy about his own manufactured identity—“Then I put on these rings, all this junk. And then I’m, like, a thing. An object”—it’s a writer’s construct, the filmmakers’ attempt to unfold the unfoldable riddle of Elvis. It’s not that the ideas are wrong; it’s just not necessary to spell them out. Shannon is a strong enough actor to push them over without so much explanatory dialogue. Ditto Nixon’s ruminations on being “ugly”: Spacey is a wily enough actor to make them work, but they drag at the movie’s momentum.

Do we really want to know the hows and whys of figures as complex and enigmatic as Elvis and Nixon? Wouldn’t it be enough just to watch them in action, at first circling each other like cautious dogs and then realizing, to their own surprise as much as anybody’s, that they actually enjoy each other’s company? That’s what ultimately happens in Elvis & Nixon, and the pleasure of watching Shannon and Spacey—together and separately—is key. Spacey’s performance goes beyond caricature, even though Nixon himself could barely get beyond caricature. His shoulders lurching forward, his lower lip rolled out in an unconscious expression of bullish determination, he carries himself like a man determined to make history, which is different from actually doing the work of making it. As Spacey plays him, Nixon is his own growling, crippled spirit animal.

Shannon, on the other hand, looks very little like Elvis, despite the high winged collars he wears and the application of woolly sideburns that creep halfway down his cheeks. His face, all creases and hollows and dark shadows, is more skeletally angular than Elvis’s ever was, and he looks ravaged by anxiety in a way Elvis never did. But this is a fine performance because of, not in spite of, the lack of resemblance: Shannon is playing Elvis from the inside out, an Elvis whose marriage was already disintegrating, who was convinced that America’s youth (a group to which he, by that point, no longer belonged) was headed down the wrong path, who never traveled anywhere without a gun nestled under his arm or tucked into his boot. This was an Elvis who was exhausted from living up to the myth he’d created. Michael Shannon looks the way Elvis feels. And to feel that way, as one of the most beautiful and gifted men to have walked the surface of the earth, surely can’t be pretty. 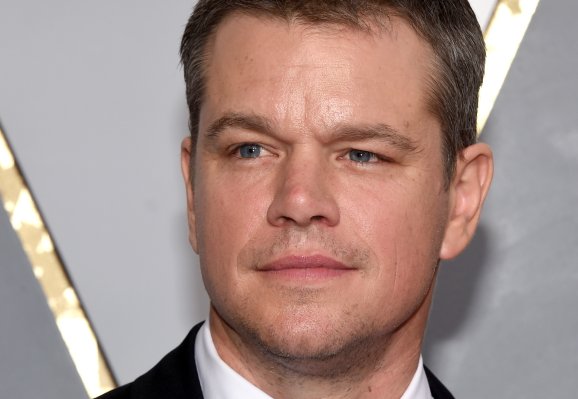 Jason Bourne Returns to Wreck the Las Vegas Strip in New Trailer
Next Up: Editor's Pick