Review: Gowns Aside, The Huntsman: Winter's War Will Kill You with Boredom

There’s only one reason to see Cedric Nicolas-Troyan’s crazy-cluttered The Huntsman: Winter’s War, the almost wholly unnecessary sequel—actually a prequel—to 2012’s Snow White and the Huntsman. First off, there’s no Kristen Stewart in this one, so tick that off the list. You don’t need to see it for the half-Game of Thrones, half-Middle Earth production design, an extravagant mingling of depressive forests and frosty, ice-migraine landscapes. You won’t be missing much if you forego the “I love you, I hate you, I love you” romance between career fairytale-gothic warriors Eric and Sara (Chris Hemsworth and Jessica Chastain), who toss one another about brutally before succumbing to the dull inevitability of romance. You don’t even really need to see it for Nick Frost and Rob Brydon’s turn as randy, wisecracking dwarves, though you wonder if, given just a bit more latitude, they might have subverted the movie’s deadening squareness.

No, there’s only one reason to see The Huntsman: Winter’s War: Gowns! Insane, off-the-hook gowns. Gowns trimmed with netting, grommets and spikes. Gowns with enormous winged, gilt-feathered collars, gowns that pour from the shoulder like liquid steel, gowns whose bodices look to have been made from pleated metal. Embroidery, chain mail, jewels, metallic paillettes: You name it, these gowns have it, further augmented by crowns as jagged as murder weapons, towering hairweaves that would make Marie Antoinette weep, and more dangly earrings than you’d find at three shopping mall’s worth of Claire’s. Did I mention the heavy-metal prosthetic talons?

These outlandish creations, courtesy of veteran costume designer Colleen Atwood, nearly upstage the actresses who wear them, Charlize Theron and Emily Blunt, who star as royal sisters dueling for power. (Chastain, because she’s a warrior, gets no gowns and instead must wear drab, practical forest-worthy leather jumpsuits.) The Huntsman: Winter’s War, tells the pre-Snow White backstory: Long before Snow came on the scene, Theron’s Queen Ravenna was using her wicked wiles to grab kingdoms by the handful. In an early scene, we see her playing a lethal game of chess with an aged king while wearing nothing but a tiara and a sequin-trimmed mini-robe. Clearly, he’s toast. Ravenna’s greed and ambition ultimately alienate her from her sweeter, more straight-shooting sister, Blunt’s Freya. After the quintessential betrayal, Freya turns into an ice queen who can freeze stuff with her eyes. She also has a mask of ice-feathers that turns her into an all-seeing, all-hearing owl, and she gets to ride a fearsome creature that looks like a cross between a polar bear and a tiger. I guess you’d call it a polar biger.

All of that makes The Huntsman: Winter’s War sound like more fun than it is. Gowns aside, this thing’s a snooze: Events unfold tediously, and there are many scenes in which extras with dirty faces, playing demoralized townsfolk, mill about in a desultory fashion. In the end, this is your stock boring fairytale fable about the battle between good and evil, between the haves and the have-nots. No wonder Blunt and Theron’s gown-wearing sisters—definitely in the “have” camp—are the hands-down winners. Would you rather be them, or the actor playing Uncredited Yurt Villager? I rest my case. 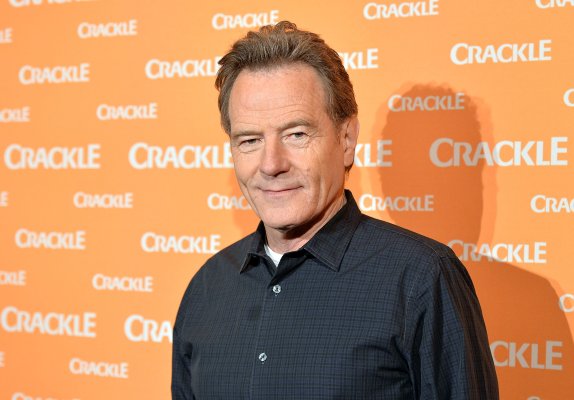 Watch Bryan Cranston Go Undercover in the First Trailer for The Infiltrator
Next Up: Editor's Pick