Nikhil Goyal is the author of Schools on Trial. He has volunteered for Bernie Sanders' campaign.

Pundits and analysts have been scrambling to understand how a white, male 74-year-old democratic socialist from Vermont has been able to acquire remarkable stardom among the youth. Bernie Sanders has trounced Hillary Clinton in poll after poll among voters under 30. A recent survey of 1,000 Americans aged 18 to 26 found that he is the most respected political figure, and that more would prefer to have dinner with him than Beyonce, Kanye West and Justin Bieber. What’s going on?

When you talk to the members of my generation, it all makes sense.

We are living in an age that is the product of austerity measures, deregulation, skyrocketing student-loan debt, high unemployment and a lack of affordable housing. Many of us cannot remember a time when the U.S. was not dropping bombs on the Middle East. Democratic socialism sounds like a much better alternative than our current system.

So when a disheveled old white dude comes along and says our society is rigged for the rich, perpetual warfare is not the answer, and people of color should not be slaughtered by the police—and then asks for our help and a few dollars to bring about a revolution—you’re damn right we’re going to stand with him.

Sanders is the only candidate who has been a champion of the oppressed throughout his entire political career—even when it was not popular. He refuses to be bought by Wall Street or the defense, fossil fuel, insurance, drug and private prison industries. And he has a policy platform rooted in the interests of the poor and working class. From calling for corporations to start paying their fair share of taxes to breaking up the Wall Street banks to raising the minimum wage to $15 an hour to dismantling institutional racism, he has radical, bold visions for transforming this nation.

Sanders’ supporters like myself are declaring: Our institutions and the political and economic establishment have been royally screwing us over, and we’re not going to take it anymore.

One of the common lines of attack from Clinton is that Sanders’ proposals are impractical and “pie in the sky.” And yes, single-payer health care, free public college, campaign finance reform, and racial, economic, and climate justice may seem unrealistic today. But so did the crusades for civil rights and marriage equality. Unless we fight for our dreams and what arguably belongs to us as human beings—a life of freedom and dignity—we will never achieve any of it.

When Clinton was a U.S. Senator, she visited my middle school in New York. Two years ago, I met her for the first time and spoke on a panel about revolutionizing education at the Clinton Global Initiative University. My familiarity with her political record makes me more enthusiastic to vote for Sanders.

Many of us young people can see through Clinton’s faux progressivism. We are not fooled by her many political calculations and evolutions. We believe that voting for the Iraq War should disqualify a candidate from ever holding public office again, and that taking money from financial institutions that destroyed the livelihoods of so many American families is blatantly immoral.

The insurgency of the Sanders campaign also arrives at a moment in American history when there is a wave of civil disobedience and direct action for social justice, especially on colleges campuses. “Bernie is a protestor,” observed Erica Garner, the daughter of the late Eric Garner, the black man who was killed by police on Staten Island in 2014. As a student at the University of Chicago, Sanders fought against segregated schools and housing, and was once arrested at a protest of the city’s segregated public schools.

Sanders’ theory of change is in tune with young people and remains sound: Change always comes from the bottom up. He’s one of us. Perhaps his greatest accomplishment is inspiring millions of people to participate in our political process for the first time. Whether young Sanders supporters win the battle this time is unforeseen, but we will win the war. We are the future of the Democratic Party. As a 20-year-old native New Yorker, there is no politician I would be more delighted to cast my first vote for today. 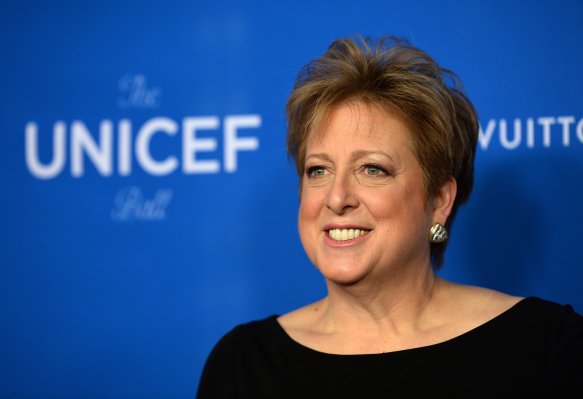 Obama Should Take Action to Protect the World's Children
Next Up: Editor's Pick